After a record breaking year in 2016 for solar PV, the IEA overhauled its forecast for the next five years, significantly raising the projected growth profile for renewable energy.

In its new report, Renewables 2017, the IEA argued that it now sees renewable energy as a serious global force, increasingly taking market share away from coal and natural gas. The Paris-based energy agency cited 2016 as a watershed moment, a year in which 164 gigawatts of new renewable energy capacity came online around the world, more than triple the amount of new gas-fired power plants, and more than twice the volume of coal.

That explosive growth was made possible because solar PV has arrived as a major source of new electricity supply, adding 74 GW of new capacity in 2016, a 50 percent expansion from the year earlier. China accounted for half of those additions.

The ongoing cost declines for solar allowed for such a blistering growth rate. Record-low auction prices for new utility-scale solar seemed to crop up everywhere, including India, the UAE, Mexico and Chile. In some places, solar was posting 3-cent-per-kilowatt hour auction prices, a level that is more competitive than just about any other source of energy, including cheap natural gas.

Energy forecasters such as the IEA, or the U.S.-based EIA, are often lambasted for underappreciating the potential for renewable energy. Their long-term forecasts have repeatedly underestimated the growth rate for solar and wind, seemingly to favor business-as-usual assumptions that tend to put oil and gas demand front and center

But the tone of the latest IEA report is one of recognition that the age of renewables has arrived. The agency dramatically changed its five-year forecast for renewable electricity, which it says will grow by 920 GW through 2022, an increase of 43 percent. Its forecast is 12 percent higher than last year, a fact that the IEA attributes to the significantly higher expectations for the growth of solar in China and India.

“Solar PV is entering a new era,” the IEA wrote. Compared to last year’s forecast, the IEA upped its expectations for the growth of solar by one third. “This revision is driven by continuous technology cost reductions and unprecedented market dynamics in China as a consequence of policy changes.”

Policy and subsidies are helping, but costs have come down to a such an extent that solar is beating out the competition on price. “Solar PV and wind together represent 90 percent of India’s capacity growth as auctions yielded some of the world’s lowest prices for both technologies. In some Indian states, recent contract prices are comparable to coal tariffs,” the IEA wrote.

“Renewables may well become even cheaper than fossil fuel alternatives [over the next five years],” Paolo Frankl, head of the renewable energy division at the IEA, told The Guardian. The IEA’s executive director, Fatih Birol, put it more bluntly. “The era of expensive renewables is over,” he said.

While critics cite that solar is growing from a small base, and still remains only a tiny fraction of global electricity consumption, the crucial fact is what happens going forward—and 2016 offers a clue. Last year, solar was the largest source of new additions, and combined with wind, the “renewables” category blew away the competition. That dynamic is expected to continue with costs continuing to fall.

In other words, renewables will dominate new capacity additions, which will necessarily mean taking market share away from coal, gas and nuclear energy.

Moreover, the pace at which renewables will come online is breathtaking. “We see renewables growing by about 1,000 GW (gigawatts) by 2022, which equals about half of the current global capacity in coal power, which took 80 years to build,” Birol said in a statement

In the U.S., the Trump administration is doing its best to trip up the rise of solar, and trade tariffs on imported solar panels could be forthcoming. The move could put a dent in solar’s growth, at least in the U.S. Meanwhile, the U.S. DOE is also proposing to intervene in electricity markets to prop up the dying coal industry, all in the name of “reliability.” It remains to be seen if such a move will be implemented—if so, it could also act as a drag on the transition to renewables.

However, globally, the outlook is clear: coal, gas and nuclear will increasingly cede market share to renewable energy.

Which Banks Are The Biggest Backers Of Oil And Gas? 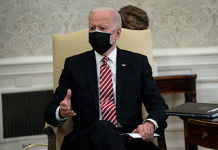 The Oil Industry Is Ready To Fight President Biden In Court