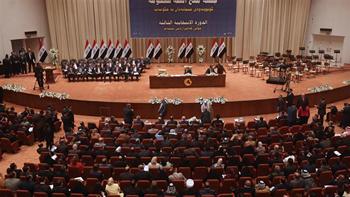 The central bank banned lenders with headquarters in the northern Kurdistan region from taking part in dollar auctions, according to a central bank official who asked not to be named. Banks based in Baghdad are also forbidden from dealing with their Kurdistan branches, the official said.

Kurdish leaders pressed ahead with the Sept. 25 referendum despite warnings and threats both from Iraqi officials and neighbors of the land-locked and already semi-autonomous zone. After more than 90 percent of voters backed secession, the pressure on the Kurdistan Regional Government has escalated.

Iran and Turkey oppose the move toward statehood, which they see as a precedent that could encourage Kurdish separatists in their own countries. The U.S. has argued it would add to instability at a crucial point in the fight against Islamic State. For Iraq, control of strategic oil assets around the city of Kirkuk are at stake.

The Turkish government has threatened to shut the Habur border crossing and to end the Kurds’ oil exports through the Mediterranean port of Ceyhan. President Recep Tayyip Erdogan also warned of possible military action, likening the referendum to a “dagger thrust into the heart of the region.”

Iran has banned fuel trade with the Kurds, and international flights to the region have been suspended since Friday after Iraq closed Kurdish airspace. Erdogan arrived in Tehran for talks on Wednesday.

“This is a blockade. It will have a detrimental impact on the economy of Kurdistan, which is already suffering,” said Sami Nader, head of the Levant Institute for Strategic Affairs in Beirut, who has worked with the KRG as a consultant in financial reform.

“But the Kurds knew this was coming and they have been under similar blockades before,” he added. “They will try to use the referendum to their advantage, as a bargaining card, to resolve outstanding issues with Baghdad — namely their share of the budget and its transfer.”

The biggest dispute is over oil. The Kurdish government has struck deals with producers and collected the revenue, angering the administration of Prime Minister Haider al-Abadi, which claims authority over crude sales and has partially withheld budget payments for the region.

The Kurds, who make up about one-fifth of Iraq’s 38 million people, have longstanding grievances against the government in Baghdad. Saddam Hussein used chemical weapons against them, displacing or killing countless members of the community.

The enclave won a large degree of autonomy under the protection of U.S. air power in the 1990s, which was enshrined in the post-Saddam Iraqi constitution adopted in 2005. Since then, nationalism has deepened as Kurdish troops, known as peshmerga, scored battlefield successes against Islamic State and brought the city of Kirkuk under their control.