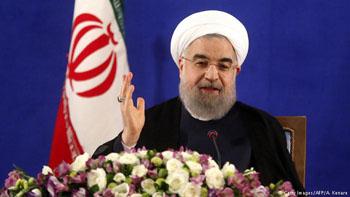 Both Turkish and Iranian leaders voiced strong opposition to the recent Kurdistan Regional Government (KRG) independence referendum at a Tehran meeting on Oct. 4, stressing the importance of “preserving existing borders.”

“From this moment forward, more decisive steps will be taken. As Iran and Turkey – and the central [Iraqi] government – there are still heavier steps for us to take,” he added.

“We do not recognize the illegitimate referendum of the northern Iraqi regional government. Turkey shares some 350 kilometers of its borderline [with the KRG]. Iran is to the east, cenral Iraq is to the south, and Syria is to the west. Why did northern Iraq hold this referendum? There is no country in the world that recognized it other than Israel. A decision made while sitting at the table with the

Israel denied Turkey’s previous accusations of involvement in the vote but has welcomed the Sept. 25 KRG vote for independence.

“We will not accept changing borders in the region,” Rouhani said at the news conference.

“We want security and stability in the Middle East … The independence referendum in Iraqi Kurdistan is a sectarian plot by foreign countries and is rejected by Tehran and Ankara,” he said.

“The wrong decisions made by some of the leaders of this region must be compensated for by them. Turkey, Iran and Iraq have no choice but to take serious and necessary measures to protect their strategic goals in the region,” Rouhani added.

The nonbinding referendum – in which the Kurds reportedly voted more than 90 percent in favor of a break with Iraq – will not immediately result in independence.

But it has set alarm bells ringing in Baghdad, where the government has said it is determined to prevent a breakup of the country, as well as in Iran and Turkey,

Iraq’s central bank eased financial restrictions imposed on the KRG over its independence vote after receiving a pledge of cooperation from Kurdish banks, Reuters quoted an Iraqi banking source as saying on Oct. 4.

Russian President Vladimir Putin, meanwhile, said on Oct. 4 that Russia was exercising a policy of “non-interference” and using cautious rhetoric after the independence referendum in order not to explode the situation in the region.

Putin, speaking during an energy forum in Moscow, also said it was in no-one’s interest to cut off oil supplies from the KRG, as Ankara has threatened to do in the aftermath of the vote.