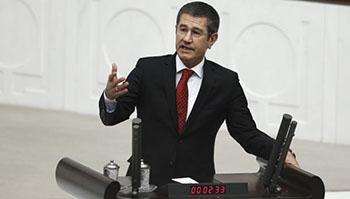 Turkish Defense Minister Nurettin Canikli said on Tuesday that Turkey has warned the United States about continuing to provide arms to the Kurdish People’s Protection Units (YPG) in northern Syria, considered a terrorist group by Turkey due to its ties to the Kurdistan Workers’ Party (PKK), to fight against the so-called Islamic State in Iraq and the Levant (ISIL), Cumhuriyet reported on Tuesday.

Speaking at the opening ceremony of the 2017-2018 academic year of the Naval Forces Academy, Canikli said the arms provided to the YPG by the US to be used in the fight against the ISIL may be used against Turkey as well. If this situation continues, Turkey will “not only issue a warning,” Canikli threatened.

Ankara has been criticizing Washington for providing arms to the YPG militia in the fight against ISIL despite the fact that Turkey has continuously warned that some arms were being used against Turkey by the PKK.