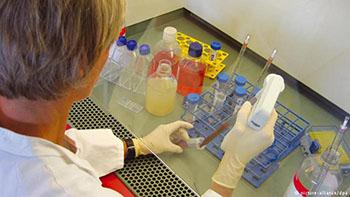 Researchers have said only half of the cancer drugs approved by European regulators in the past few years have shown to help patients. Many of the drugs were approved without any conclusive evidence of their efficacy.

A new study by scientists in Britain and Latvia has shown that the European Medicines Agency (EMA) approved 39 new cancer drugs between 2009 and 2013 without evidence that they worked.

A total of 68 cancer drugs were given a nod by the European drug regulator during the period.

“We were quite surprised about the high proportion of drugs entering the market without evidence,” said Huseyin Naci, of the London School of Economics and Political Science, one of the study’s authors.

The researchers found that only about half of the approved drugs significantly improved patient survival or their quality of life. The efficacies of the remaining drugs were “uncertain.”

“This situation has negative implications for patients and public health,” they concluded in the study published online on Thursday in The BMJ medical journal.

“When expensive drugs that lack clinically meaningful benefits are approved and paid for within publicly funded health care systems, individual patients can be harmed, important societal resources wasted, and the delivery of equitable and affordable care undermined,” the authors said.

The EMA said it “has discussed the evidence underpinning cancer medicines widely and welcomes further debate on this.”

Naci said the existing drugs approval process, which does not require drugmakers to prove that their treatments improve or extend life, offers little incentive to them to produce more rigorous proof that their drugs work.

The study found that even among the 23 drugs that improved survival, 11 failed to meet the modest definition of “clinically meaningful benefit” set by the European Society of Medical Oncology.

Among the drugs that were shown to help patients were Herceptin, often used to treat breast cancer, and Zytiga for prostate cancer.

The research “paint(s) a sobering picture,” wrote Vinay Prasad, an assistant professor of medicine at the Oregon Health and Science University, in an accompanying editorial.

He said most cancer drugs, which cost about $100,000 (€85,100) per year of treatment, are being approved based on “flimsy or untested” initial measures and declared that the regulatory system was “broken.”

“The expense and toxicity of cancer drugs means we have an obligation to expose patients to treatment only when they can reasonably expect an improvement in survival or quality of life,” Prasad said.

He cited another study, published in 2015, that showed most cancer drugs approved by the US Food and Drug Administration (FDA) between 2008 and 2012, similarly did not show any evidence that they helped a patient’s life.