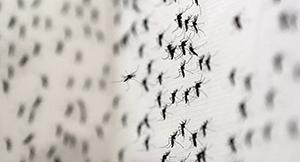 The viral NS1 antigen–based rapid tests use monoclonal antibody (mAb) pairs to detect and distinguish the four Dengue virus serotypes, as well as Zika, without cross-reactivity.

New Delhi (Sputnik) – At a time when many countries, especially India and those of Latin America, are facing severe public health challenges due to vector-borne diseases, researchers have developed a low-cost, easy-to-use, rapid diagnostic test for Zika and dengue viruses. The team includes medical practitioners from India, Spain, Columbia and the United States.

The first-ever such kit is being considered a significant breakthrough in diagnostics as it removes the major challenge of detecting and distinguishing between the four serotypes of Dengue virus and Zika virus.

Currently, there aren’t any popular vaccines approved to prevent Zika or Dengue, nor any low-cost rapid antigen-based diagnostics to identify Zika infections without the cross-reactive interference of related Dengue viruses.

“Because Zika virus and Dengue virus are related flaviviruses, their homologous proteins and nucleic acids can cause cross-reactions and false-positive results in molecular, antigenic, and serologic diagnostics,” reads the research report published in Science Translational Medicine.

Both the viruses are transmitted by Genus Aedes mosquitoes. More than a quarter of the world’s population is at risk of Dengue, while Zika virus gained global attention in 2015 when thousands of clinical cases appeared suddenly in northern Brazil, with accompanying reports of devastating congenital defects.

The current cost for each kit is nearly five US dollars, which is primarily because commercial gold nano-particles are used, coupled with small-scale antibody production.
The cost is expected to eventually decrease. “The cost of the nano-particles can be decreased 1,000-fold by using laboratory-made nano-particles that have excellent performance; antibody production scale-up will further decrease costs,” researchers say. The instant kit was tested mostly on-site in Central America, South America, and India