Washington: President Donald Trump plans to announce next week that he will “decertify” the international nuclear deal with Iran, saying it is not in the national interest of the United States and kicking the issue to a reluctant Congress, people briefed on an emerging White House strategy for Iran said on Thursday.

The move would mark the first step in a process that could eventually result in the resumption of US sanctions against Iran, which would blow up a deal limiting Iran’s nuclear activities that the country reached in 2015 with the US and five other nations.

Trump is expected to deliver a speech, tentatively scheduled for October 12, laying out a larger strategy for confronting the nation it blames for terrorism and instability throughout the Middle East.

Under what is described as a tougher and more comprehensive approach, Trump would open the door to modifying the landmark 2015 agreement he has repeatedly bashed as a raw deal for the United States. But for now he would hold off on recommending that Congress reimpose sanctions on Iran that would abrogate the agreement, said four people familiar with aspects of the president’s thinking.

All cautioned that plans are not fully set and could change. The White House would not confirm plans for a speech or its contents. Trump faces an October 15 deadline to report to Congress on whether Iran is complying with the agreement and whether he judges the deal to be in the US national interest.

“The administration looks forward to sharing details of our Iran strategy at the appropriate time,” said Michael Anton, spokesman for the White House national security council.

Other people familiar with the nine-month review of US military, diplomatic, economic and intelligence approaches toward Iran spoke on condition of anonymity because aspects of the policy are not yet set and Trump has not announced his decision.

Trump’s senior national security advisers agreed within the past several weeks to recommend that Trump “decertify” the agreement at the October 15 deadline, two of those people said.

The administration has begun discussing possible legislation to “strengthen” the agreement, congressional aides and others said. That is the “fix it or nix it” approach suggested by both Israeli Prime Minister Benjamin Netanyahu and Senator Tom Cotton, a leading Republican hawk on Iran.

It is an uncertain prospect, and many supporters of the deal consider it a dodge.

Iranian President Hassan Rouhani said last month that he will not reopen the deal for negotiation.

Separately, representatives of Iran, China and Russia told Secretary of State Rex Tillerson the same thing during a meeting on the sidelines of the United Nations General Assembly session, two senior diplomats familiar with that meeting said. 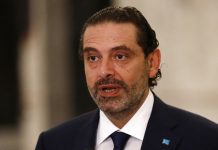 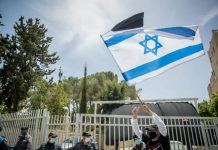 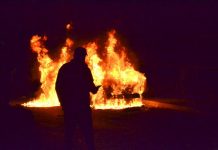 ‘Military Grenades, Gunfire’ in Fresh Round of Clashes in Tripoli