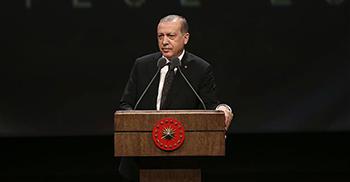 Turkey’s President and Chairman of the ruling Justice and Development Party (AKP) Recep Tayyip Erdoğan is holding talks with Ankara Mayor Melih Gökçek, who was reportedly asked to resign by the party administration.

According to NTV, Gökçek arrived at the presidential palace in Ankara on Thursday evening to have talks with Erdoğan concerning his possible resignation.

On his way back from Tehran to Ankara early on Thursday, Erdoğan told reporters accompanying him that resignation or dismissal from a job should not be seen as a problem. “In fact, a number of our friends have quit their jobs in the past and were then given different positions,” he added.

“But if you don’t see this as a [political] cause and you behave as a bargainer, rather than as a volunteer, and if you say ‘I have my own honor,’ then don’t be offended, but the honor of the party is more important than yours,” Erdoğan said.

Erdoğan’s statement came after reports in the Turkish media that the AKP administration had demanded the resignation of a number of mayors, including Gökçek, following the departure of Kadir Topbaş as İstanbul mayor on Sept. 22.

Referring to reports that Balıkesir Mayor Ahmet Edip Uğur has resisted calls to resign, Erdoğan said: “We are not an ordinary political party. Our political party is at the same time our political cause. Those who believe in this cause must submit their resignation when necessary.”

“It’s good when one is promoted to a position, but why is it strange when one is asked to leave the job due to what I call ‘metal fatigue’?” he said.

After the reports about his resignation, Gökçek said, “I have had glory and honor [as Ankara mayor]” and added that the reports were baseless and aimed at setting people against each other in the party.