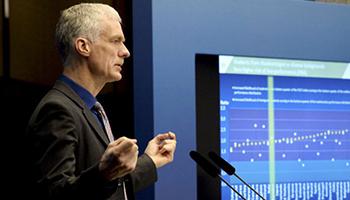 Underlining that open-ended exams also have difficulties of their own, Schleicher said teachers who evaluate the examination should be well educated and that anonymity must be maintained.

After Turkey removed the Transition from Primary to Secondary Education (TEOG) exam from the education system, Prime Minister Binali Yıldırım announced that an open-ended question examination would replace a multiple choice test.

The elimination of TEOG came after a statement from President Recep Tayyip Erdoğan on Sept. 17 in which he said he wanted a new system to be introduced in place of TEOG. A day later, the ruling Justice and Development Party (AKP) announced that TEOG, which was introduced by the same government in 2013, had been eliminated.

The move was highly criticized by experts, saying the change was done without any expert consultation.