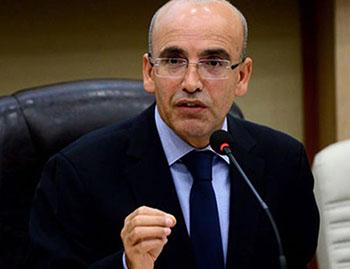 Turkey plans additional spending of up to 18 billion Turkish Liras ($5 billion) on new weapons in 2018 to overcome the neighboring risks, Deputy Prime Minister Mehmet Şimşek said, adding the costs would be met mainly from tax income rather than borrowing.

“We will transfer nearly 17-18 billion liras to the defense industry to buy new weapon systems in 2018 … Some additional weapon systems are on the agenda to buy in an effort to overcome the risks around. We will buy them through healthy tax income rather than borrowing,” he said in a televised interview with private broadcaster NTV on Oct. 5.

Many new tax measures introduced by the government aim to boost defense spending amid increased geopolitical risks, top officials said late in September after they had announced the new economic program.

One of those measures was a planned 40 percent tax hike, which stirred debate across the country.

The government announced on Oct. 2 that it would reduce the planned 40 percent tax hike on motor vehicles to a “reasonable level” after

Şimşek also said the government planned to reduce current expenditures in the 2018 budget and the planned changes to income tax would be introduced by the first half of next year.

“We will not give ministries the opportunity for spending this time. We will adopt a clear stance about renting and buying cars or properties.

This will not be allowed but with the exception of extraordinary cases,” he said.

Regarding an ongoing interest rate debate, Şimşek said the new economic program would be applied in a strong manner to decrease the rates, while also adding Turkey must boost its savings to decrease its huge need for hot money.

“There are idle sources of gold in Turkey worth $100 billion, according to our estimates. Turkey needs to increase its savings and diversify its financial resources in order to be able to decrease interest rates,” he said.

“Our President [Recep Tayyip Erdoğan] said the rates were high. The interest rates are high as Turkey’s need for financing is high. In an effort to meet our president’s demand, we will apply the economic program in a strong manner,” Şimşek added.

He also said the country will keep its tight stance on monetary policy, adding the inflation rate would likely decrease below 10 percent by the year’s end.

According to Şimşek, the biggest fragility of the Turkish economy is high levels in the real sector’s open foreign exchange positions.

“In an effort to manage this risk, we will tell businesses with no foreign exchange-based income to borrow in Turkish liras rather than in other currencies,” he added.