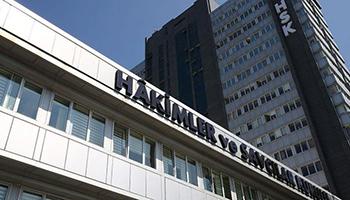 Turkey’s top judicial body, the Board of Judges and Prosecutors (HSK), on Thursday dismissed 39 judges and public prosecutors over alleged links to the faith-based Gülen movement, which is accused by the Turkish government of being behind a failed coup last year.

According to the state-run Anadolu news agency, the HSK has sent its decision for publication in the Official Gazette. The number of prosecutors and judges fired over Gülen links now totals 4,560 with the latest dismissals.

Turkey survived a military coup attempt on July 15, 2016 that killed 249 people. Immediately after the putsch the ruling Justice and Development Party (AKP) government along with Turkey’s President Recep Tayyip Erdoğan pinned the blame on the Gülen movement.