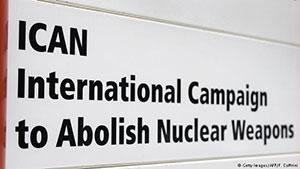 The International Campaign to Abolish Nuclear Weapons (ICAN) won the 2017 Nobel Peace Prize but what does the group actually do?

The International Campaign to Abolish Nuclear Weapons is a coalition of non-governmental organizations that promotes adherence to and ratification of a United Nations ban on nuclear weapons. ICAN won the 2017 Nobel Peace Prize.

It began in Australia and was launched internationally in Austria in 2007. The founders of ICAN based their model on the International Campaign to Ban Landmines.

In 2017 the UN  adoped the Treaty on the Prohibition of Nuclear Weapons by a wide margin, prohibiting the production, testing, and use of nuclear weapons. Having the agreement ratified by signatories has become the goal of ICAN after years of lobbying to have such a resolution passed.

The treaty needs at least 50 nations to sign on and ratify before it comes into effect, but it has been largely ignored by nuclear armed nations.

Nuclear-armed states include Israel, North Korea, Pakistan, India, China, France, the UK, Russia and the US. None have signed the agreement.

ICAN has partners in more than 100 countries and endorsements from people including former UN Secretary General Ban Ki-moon,the Dalai Lama and Martin Sheen.

It aims to put the “catastrophic, persistent effects of nuclear weapons on our health, societies and the environment” at the center of discussions about nuclear disarmament and non-proliferation.

In accepting the prize, ICAN said: “This award shines a needed light on the path the ban treaty provides towards a world free of nuclear weapons. Before it is too late, we must take that path.” 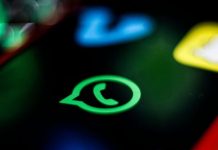 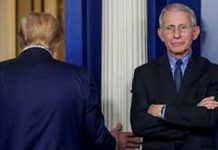 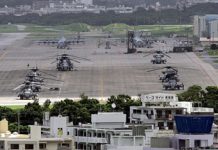