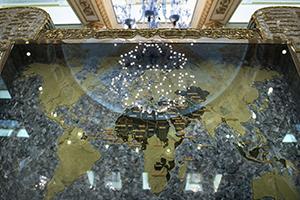 By Zainab Fattah and Nadeem Hamid

An attacker opened fire at a checkpoint near the Al-Salam Palace in the coastal city of Jeddah, killing two royal guards, Saudi Arabia’s interior ministry said.

Three other guards were injured in the attack, which the official Saudi Press Agency attributed to a 28-year-old Saudi national who also was killed.

American citizens in Saudi Arabia were urged to exercise caution after the attack.

“Due to the possibility of ongoing police activity, American citizens are advised to exercise caution when traveling through the area,” the U.S. consulate in Jeddah said in an emergency message.

— With assistance by Glen Carey