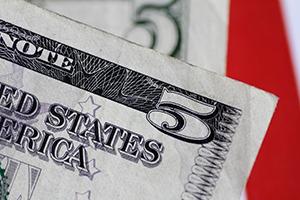 Masayuki Kitano
SINGAPORE (Reuters) – The dollar held steady against the yen on Monday, having retreated from 12-week highs set last week, due to renewed focus on geopolitical risks amid concerns that North Korea may be preparing another missile test.

North Korea is preparing to test a long-range missile, which it believes can reach the west coast of the United States, a Russian lawmaker who had returned from a visit to Pyongyang was quoted by Russia’s RIA news agency as saying on Friday.

The renewed focus on geopolitical tensions helped lend support to the safe haven yen, and helped pull the dollar down from its post-U.S. jobs data highs.

On Friday, the dollar was already in retreat due to profit-taking, when the North Korea-related headlines reached the market, exacerbating the greenback’s drop, said Stephen Innes, head of trading in Asia-Pacific for Oanda in Singapore.

“Asia is going to really sit back and just see how this is going to play out, keep on the headline watch,” Innes said. “This market’s very, very jumpy.”

Trading was thinner than usual, with Tokyo markets closed on Monday for a public holiday.

Since Japan is the world’s largest net creditor nation, traders assume Japanese repatriation from foreign countries will eclipse foreign investors’ selling of Japanese assets during times of heightened economic uncertainty. This means the yen has continued to behave as a safe-haven currency despite Japan’s geographical proximity to North Korea.

The dollar index, which measures the greenback against a basket of six major currencies, eased 0.1 percent to 93.709. On Friday, it had scaled a high of 94.267, its strongest in more than two months.

The wage data from the U.S. September labor market report was seen as a sign of potentially improving inflation and gave the dollar a lift, as it bolstered expectations for the Federal Reserve to raise interest rates again in December.

The Turkish lira tumbled amid fresh signs of fraying diplomatic relations between Turkey and the United States.

The lira took a hit following news that the U.S. mission in Turkey and subsequently the Turkish mission in Washington mutually scaled back visa services after a U.S. consulate employee was arrested in Turkey.

The U.S. dollar surged 3.2 percent against the Turkish lira to 3.7325. That put the lira on track for its worst daily performance since July 2016.

The lira, however, remains above its year-to-date low near 3.9415, said Mingze Wu, FX trader of global payments for financial services provider INTL FCStone Ltd in Singapore.

“This latest political development, though surprising, is still far from drastic… We will need to see more escalation from this point to have a continued weakening of the lira,” he added.

The New Zealand dollar touched a four-month low after a final vote count in the country’s tight general election released over the weekend failed to identify a clear winner.

“There’s still a lot of political uncertainty around the make-up of the next government. That political risk premium is being attached to the kiwi and I think that’s going to keep it under some pressure in the short-term,” said Peter Dragicevich, G10 FX strategist for Nomura in Singapore.