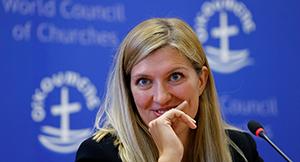 No longer a spectator sport, referring to the strikingly unpopular US President Donald Trump as a moron – or worse – has become popular enough to make it more than just a simple internet meme.

Two days before being awarded the 2017 Nobel Peace prize — considered by many to be the world’s most prestigious accolade — the International Campaign Against Nuclear Weapons (ICAN), in the form of its executive director Beatrice Fihn, tweeted what many have expressed in one way or another before her, that the US is saddled with a president who is a “moron.”

ICAN accepted the 2017 Nobel Peace Prize for “its work to draw attention to the catastrophic humanitarian consequences of any use of nuclear weapons and for its groundbreaking efforts to achieve a treaty-based prohibition of such weapons,” according to a statement by the Norwegian Nobel Committee, cited by the New York Times.

Joining the many others who have either called Trump a moron, or have been alleged to have called the polarizing US leader a moron — including his own secretary of state Rex Tillerson — Fihn echoes the sentiments of many other Nobel Peace prize recipients, including Malala Yousafzai, Barack Obama and Henry Kissinger, who have all, at one time or another, found cause to strongly criticize the actions and behavior of the 45th president.