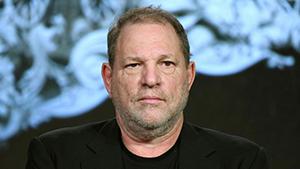 Weinstein’s alleged inappropriate behavior with women in the last 30 years was detailed in the bombshell Times report published Thursday. In it, actress Ashley Judd described being lured to Weinstein’s hotel room, only to find him wearing a bathrobe and requesting sexual favors.

The report also detailed encounters Weinstein allegedly had with other women working for the Weinstein Company, as well as official settlements from people associated with him, including actress Rose McGowan, who was issued a $100,000 settlement that Weinstein specifically said was not an admission of guilt.

In the days since the allegations first surfaced, several key allies of Weinstein have backed off the mogul. His lawyer Lisa Bloom and advisor Lanny Davis resigned on Saturday and nearly one-third of the Weinstein Company’s board resigned on Friday, according to Variety. The report also alleged that his brother, Bob Weinstein and chief operating officer David Glasser, were pushing for his firing. Both men are now in control of the company.

In wake of the report, many congressional Democrats, including Senate Minority Leader Chuck Schumer and Sen. Elizabeth Warren, have given money they’d received as a donation from Weinstein to charity.

Weinstein and his family have given more than $1.4 million in political contributions since the 1992 election cycle, nearly all of it to Democratic lawmakers, candidates and their allies, according to the nonpartisan Center for Responsive Politics.

Harvey Weinstein on Thursday issued a lengthy statement that acknowledged that, “a lot of pain,” was caused.

“I came of age in the 60’s and 70’s, when all the rules about behavior and workplaces were different. That was the culture then. I have since learned it’s not an excuse, in the office – or out of it. To anyone. I realized some time ago that I needed to be a better person and my interactions with the people I work with have changed. I appreciate the way I’ve behaved with colleagues in the past has caused a lot of pain, and I sincerely apologize for it…”

But Weinstein and his legal team have also have criticized the New York Times’ report in statements and interviews. They also announced in the days after that he was intending to file a lawsuit against the newspaper for $50 million in damages.

“We are confident in the accuracy of our reporting,” a New York Times spokesperson responded. “Mr. Weinstein was aware and able to respond to specific allegations in our story before publication. In fact, we published his response in full.”

Fox News’ Hollie McKay and The Associated Press contributed to this report.