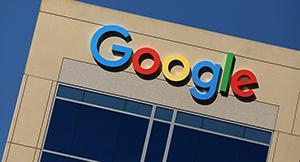 In a striking new case accusing the search-engine giant of racketeering, Google, Inc., alongside its cofounders Sergey Brin and Larry Page, has been charged with stealing the trade secrets from those with which it purports to collaborate.

The shocking new charges were filed against Google in Santa Clara, California — the heart of Silicon Valley — by architect Eli Attia who was invited in 2010 to commercially develop a software application with the powerful internet company that was based on Attia’s proprietary intellectual property.

According to documents, the lawsuit states that Attia’s “game-changing new technology” for building construction, developed over most of the plaintiff’s lifetime, was co opted by the search-engine giant after the architect was forced out of the company’s so-called Project Genie.

Attia, through a deal struck with Google, had moved his family from New York to California, before being let go under circumstances that were ever made clear, according to a report by the San Jose Mercury News.

The lawsuit notes that Google and co-founders Page and Brin “plotted to squeeze Attia out of the project,” and then staged a fictitious scenario in which Project Genie was shuttered while the assets of the project were “surreptitiously” transferred into a new branch of the company.

Interviewed on Friday by the San Jose Mercury News, Attia’s lawyer Eric Buether detailed some of the charges against Google and its parent company, Alphabet, Inc.

“The real adding-insult-to-injury was Google telling him the project had been canceled and they weren’t going forward with it when in fact they were going full blast on it,” said Buether, cited by mercurynews.com.

The lawsuit also names Google X founder Sebastian Thrun and Google X head Eric “Astro” Teller as defendants, who are both said to have negotiated with Attia over his technology.

But the big bat swinging in the case is Attia’s new allegation that Google’s moves stand up to the litmus test of systemic corporate racketeering.

“It’s cheaper to steal than to develop your own technology,” Buether stated, cited by mercurynews.com.

“You can take it from somebody else and you have a virtually unlimited budget to fight these things in court,” he added.

In July a Santa Clara County Superior Court judge agreed, and approved adding racketeering claims to Attia’s lawsuit, which was originally filed in 2014.

Attia and his lawyers claim to have identified a minimum of six additional incidents in which Google adopted a “substantially similar fact pattern of misappropriation of trade secrets” from third-party entities, according to a recent legal filing.

The lawsuit seeks monetary damages and financial compensation although specific numbers have not been made public.