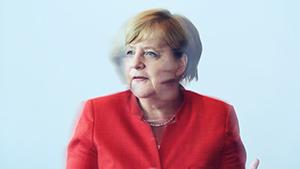 German Chancellor Angela Merkel agreed to a demand by her Bavarian allies to seek an annual limit on migration, clearing an obstacle for talks on forming her next government and responding to an electoral surge by the nationalist Alternative for Germany party.

Two weeks after an election that sent support for her Christian Democratic Union-led bloc to the lowest level since 1949, the attempt to cap migration marks a concession by Merkel, who has resisted persistent demands by her CSU sister party for a limit. She now should be able to turn to talks with the Free Democratic Party and Greens on building a coalition contract for her fourth term.

CDU and CSU leaders agree that net migration to Germany, including asylum seekers, shouldn’t exceed 200,000 annually, according to a document seen by Bloomberg outlining the deal reached Sunday. At the same time, they pledge to uphold the right to political asylum under the German constitution and international agreements.

The deal also calls for greater efforts to send rejected asylum seekers home, though it contains an escape clause to raise the ceiling in case of unexpected “international or national developments.” Merkel and Bavarian premier Horst Seehofer, who heads the CSU, are expected to present the accord at a news conference in Berlin on Monday.

Merkel’s shift on refugees is the first policy fallout from Germany’s election. Alternative for Germany, or AfD, won 12.6 percent of the vote on Sept. 24, becoming the first far-right party to enter the Bundestag, or lower house, since the immediate aftermath of World War II.

That followed two years of campaigning by the party against Merkel’s open-borders stance during Europe’s refugee crisis, which sent more than 1 million refugees to Germany in 2015 and 2016.

Support for Merkel’s bloc declined by almost 9 percentage points in the election to 32.9 percent. That leaves Germany’s biggest political grouping dependent on allying with two smaller parties after the Social Democrats fell to 20.5 percent and said they’re ending their coalition with Merkel. No date has been set for starting coalition talks.

Merkel, Europe’s longest-serving leader, took one of the biggest risks of her career in 2015 when she declined to close German borders to a record influx of asylum seekers, including hundreds of thousands fleeing Syria’s war.

From images of refugees posing for selfies with the chancellor to blasts of criticism by President Donald Trump and a backlash that fueled the AfD party, the crisis came to define Merkel’s third term and hovered over last month’s election.

Merkel, 63, stood her ground during the campaign as anti-immigration protesters disrupted many of her rallies, saying she couldn’t think of anything she would have done differently during the refugee crisis. At one town-hall event, a Syrian refugee opened a question by saying, “I love you.”

Her stance clashed with that of EU leaders such as Hungarian Prime Minister Viktor Orban, who responded by erecting a razor-wire fence and has become a leading voice against Muslims entering Europe.

— With assistance by Patrick Donahue