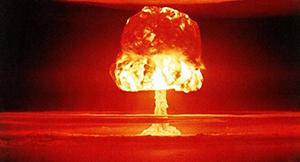 While Pyongyang ramps up tensions on the Korean peninsula with nuclear and missile tests and the US considers returning tactical nuclear weapons to South Korea, people need to realize the deadly nature a nuclear confrontation poses to all mankind, the co-chair of the International Campaign to Abolish Nuclear Weapons Rebecca Johnson told Sputnik.

The International Campaign to Abolish Nuclear Weapons was awarded this year’s Nobel Peace Prize for “its work to draw attention to the catastrophic humanitarian consequences of any use of nuclear weapons and for its ground-breaking efforts to achieve a treaty-based prohibition of such weapons”.

“The only answer to the danger of nuclear weapons is to eliminate them [in keeping with] a treaty overwhelmingly adopted by the UN General Assembly in July,” Johnson said.

She also underscored the need to raise people’s awareness about the danger posed by nuclear weapons.

“There are only nine states in the world, which have these abhorrent weapons of destruction that threaten peace and the very survival of us all. We need to engage their governments by asking them how they are going to reduce and eliminate their nuclear arsenals,” Dr. Johnson noted.

When asked how achievable the ultimate goal of abolishing nuclear weapons once and for all really is, she said that this would take time, but it was much closer now than it has been for many years because people have been alarmed by the aggressive verbal exchanges between Washington and Pyongyang’s threats to use nuclear weapons.

“Neither of them is willing to blink or back down as happened with the Cuban missile crisis of the 1960s. What we now have are actually weak leaders because leaders who only need nuclear weapons are weak and they posture with them. This is why it is so dangerous,” Rebecca Johnson continued.

She added that the UN treaty would encourage efforts to revive the six-party talks on Pyongyang’s nuclear program and also the long-stalled US-Russian talks on the reduction of their nuclear arsenals.

“We also want the Comprehensive Nuclear Test Ban Treaty to come into force because it says that nuclear weapons are not just immoral, they are actually illegal. Anyone who threatens to use nuclear weapons or uses them will find themselves personally liable, however powerful they may be, in the Hague for crimes against humanity,” she continued.

Dr. Johnson also stressed the need to end the arms trade and the reliance of weapons and explosive devices in the cities reliance on arms eliminate all conflicts happening in the world.

“We don’t want to abolish nuclear weapons only to make the world a place for more bloody conventional wars. We want the causes of war, the money that changes with the arms trade. We want to tackle all of that and develop diplomatic and political ways of solving conflicts,” she concluded.

Hit hard by a wide array of UN-imposed sanctions over its nuclear and missile programs, Pyongyang justifies its effort by the need to have a strong deterrence against its sworn enemy, the United States, and its regional allies, including South Korea and Japan.

Washington, for its part, is considering the deployment of tactical nuclear weapons in South Korea, breaking away from the doctrine of denuclearizing the Korean Peninsula.

US Secretary of Defense James Mattis and his South Korean counterpart Song Young-moo “discussed the option” of putting nuclear weapons in the country during their meeting in Washington in September.