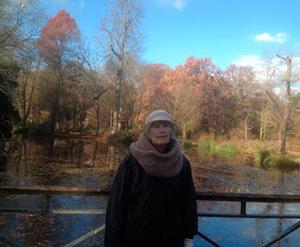 A woman has said that she knows giving birth to her rapist’s baby was the right choice for her as “something positive has come from this.”

Laura Ni Chonghaile (66) was date-raped on a work trip by a colleague in 1977 and has now opened up about her tough decision about whether to keep her baby.

Laura, who is from Wexford town, told Independent.ie: “In 1977 I met this guy, we were sort of business associates, platonic friends, we were in Limerick for work and then I woke up in Dublin in bed with this man, who was having sex with me.

“I knew instinctively something was wrong, I stayed calm and managed to get out of the bed and said I had to go.

“He accepted that and I was terrified he might assault me but I got out of there, I got back to my flat and called in sick to work, after that I just returned to work and didn’t speak about it because I felt that was how women were supposed to behave.

“There were no Rape Crisis Centres and I was blaming myself, I just kept thinking it was my fault for getting into his car and trusting him.

“I remember being in Limerick the night before with him for work and then absolutely nothing until I woke up in Dublin the next morning in bed with him, I later realised that he had date-raped me.”

She decided to quit her job and got a job at a hotel in Donegal, in the meantime she had travelled to Leitrim to stay with her then-boyfriend.

Laura said it wasn’t long until her parents knew she was pregnant.

She said: “The rape happened about a fortnight before my sister’s wedding and my mother just knew by looking at me that something was wrong and she thought there was a change in my behaviour.

“She came to the west afterwards with daddy to see me, she said straight out to me that I must be pregnant.

“My father said, ‘If you lie down with a dog, you could get up with fleas.’

“I had never even had sex with my boyfriend as I thought that was only for very serious relationships but I didn’t say what had happened, my mother seemed very sad.”

Laura went to a family planning clinic in Dublin, where staff confirmed she was pregnant.

She then had to make a tough choice about what to do as an unmarried pregnant young woman in 1970s Ireland.

She explained: “I never considered abortion – it was either adoption or keeping my baby.

“I changed my mind about keeping her because I was afraid she wouldn’t have a great life, what if she only had me growing up.

“I was afraid we would be ages on the housing list or end up somewhere rough, surrounded by drugs.

“Moving to Wexford with her was out of the question, even if my mother and father had wanted to take her in, I wouldn’t have been comfortable because I knew she was my responsibility.

“I was quite clear in my head, I was happy to have her adopted.”

Laura was fired from her live-in job in Donegal and then decided to move into a mother-and-baby home in Dunboyne, Co Meath.

She said of that experience: “I thought I’d nowhere to stay, there was nowhere for women to go.

“The nuns were very kind and I never experienced them calling us sinners or anything, I feel they basically saved my life and my daughter’s life.”

She spent six days with her daughter before she handed her over to the care of the adoption agency.

She said: “I gave them the full background information about what her birth father and myself looked like and our characteristics so that her adoptive family could be similar.

“I wanted to know she would be with well-matched parents, so that they would all be happy.”

Laura said that she always wondered what had happened to the baby and what she was up to.

Their reunion only began when Laura and her biological daughter Clare (not her real name) both happened to get in touch with the adoption agency about contacting each other.

Clare was then 23 and the pair began to write each other letters, gradually swapping photos and audio tapes until Clare felt ready to meet in person.

Laura said: “It was amazing to meet up, we had an almost honeymoon-like period.

“We have had long conversations about it, she asked me directly how she was conceived and I told her the truth.

“She still asks me questions and it always amazes me how many interests me how much we have in common.”

Laura never married or had any other children but is delighted to have formed a relationship with Clare, her children and her adoptive family.

Laura is happy with how things worked out, saying: “Her mother was out of this world – a lovely woman who was always laughing – and I’ve never seen such a happily married couple, so I’m glad Clare had that experience growing up.

“She also has a brother who is really supportive of her and he is lovely too, he’s the salt of the earth.

“My family are delighted to have met her, she fits in well, they would have lost out if she was aborted, at least something positive has come out of what happened to me.”

Laura is a member of the Unbroken group, which supports people who have become pregnant after rape or were conceived through rape.

They are campaigning ahead of next summer’s referendum for the eight amendment – which gives equal rights to the mother and foetus – to be kept.