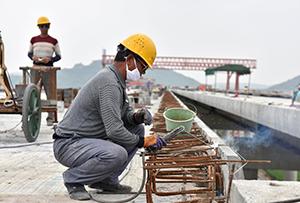 BEIJING (Reuters) – China will have no problem meeting its economic growth target of around 6.5 percent this year, and may even beat it, the head of the Statistics Bureau said on Tuesday, confirming widespread market expectations.

A flurry of government measures to rein in the overheated property market have also been effective and will remain in place, Ning Jizhe told reporters in a briefing in Beijing.

Analysts have expected full-year growth would meet or exceed the government’s target after the world’s second-largest economy expanded by a stronger-than-expected 6.9 percent in the first half, fueled by heavy government infrastructure spending and a property boom.

That could see China’s economic growth accelerate for the first time in seven years, after it slowed to a 26-year low of 6.7 percent last year.

While the robust momentum is expected to fade in coming months due to higher borrowing costs and property cooling measures, most China watchers believe the slowdown will be moderate.

The World Bank last week raised its economic growth forecast for China for 2017 to 6.7 percent from 6.5 percent.

Ning added that China’s survey-based unemployment rate in major cities came in at 4.83 percent in September, the lowest since 2012.

Many analysts, however, say official job figures are an unreliable indicator of nationwide employment conditions.