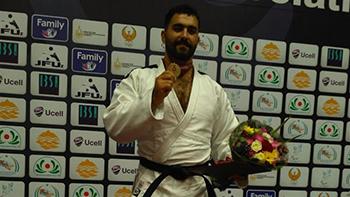 On Monday, Kheirollahzadeh prevailed over a representative from the host country in his first over 100-kilogram weight class contest at Uzbekistan Sport Complex in the Uzbek capital city of Tashkent.

He overwhelmed a Brazilian contestant in the next bout and progressed to the final round.

Kheirollahzadeh downed Jack Hodgson, a competitor from Great Britain, in the final showdown, and got the gold medal.