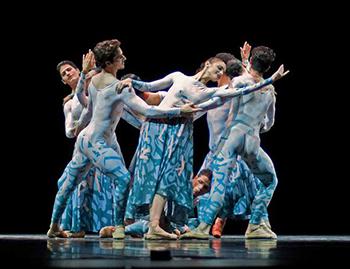 The 18th season of İş Sanat will open on Nov. 3, featuring many Turkish and foreign acclaimed artists.
The last season had been İş Sanat’s fullest one in 17 years, according to İş Bank Corporate Communications Director Suat Sözen.

In the opening concert for the new season, cellist Umut Sağlam, violinist Yiğit Karataş and Norwegian soprano Mari Eriksmoen will share the stage accompanied by the Presidential Symphony Orchestra under the baton of Eivind Gullberg.

One of the greatest violinists of the 20th century, Grammy-award winner Pinchas Zukerman and one of the oldest chamber orchestras in Europe, Camerata Salzburg, will take the stage on Dec. 7 at İş Sanat.

The Johann Strauss Orchestra will present a special New Year’s concert of a Vienna night under the baton of maestro John Rigby. British tenor Nicky Spence and soprano Corinne Cowling will participate in this concert accompanied by romantic waltzes and entertaining polkas on Jan. 4, 2018.

Lars Vogt, an internationally acclaimed pianist of 25 years and winner of two Echo Classic awards, will take the stage on April 27, 2018 with the Royal Northern Symphony, named the best chamber orchestra in Britannia by The Guardian.

Venezuelan pianist Gabriela Montero, who has two ECHO Klassik awards and a Grammy nomination, will also perform next year on May 15 with one of the leading orchestras in the United Kingdom, the Scottish Ensemble[HH] Concerts for jazz enthusiasts

Well-known names from the jazz world will also be guests in the new season.

Among them is Lisa Ekdahl, a Grammy-award winner, Swedish composer and singer, who will meet music lovers on Nov. 23. Hailey Tuck, a new-era jazz artist, will take the stage on Nov. 23. Accompanying her will be composer and drummer Eric Harland, bassist Joe Sanders and pianist and composer Rick Simpson.

Other guests from the Aegean and Mediterranean include Spanish singers Buika and Silvia Peréz Cruz, Greek singer Glykeria and Italian singer Nina Zilli.

Acosta Danza, a dance company under the general direction of modern-dance superstar Carlos Acosta, will perform for two nights on Nov. 7 and 8.

The cinema and hip-hop world will be brought together on April 26, 2018 by the Lyon-based dance troupe Pokemon Crew, which holds two French championships, one European and one world championship.

Tickets for the new İş Sanat season can be purchased as of Oct. 12.