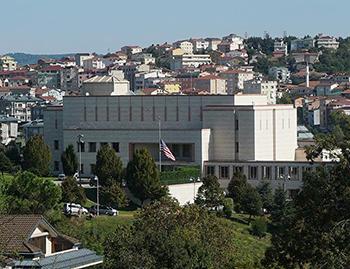 The Istanbul Chief Public Prosecutor’s Office stated on Oct. 9 that it has invited a consulate staff member at the U.S. Consulate in Istanbul to testify as a suspect.

“The man, who is a staff member at the U.S. Consulate Istanbul and does not have ‘diplomatic immunity,’ has been invited to the Chief Public Prosecutor’s Office for his testimony,” the prosecutor’s office stated.

It added that the suspect’s wife and child have already been detained in the Black Sea province of Amasya.