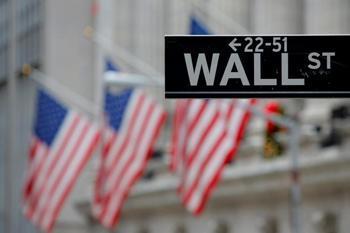 (Reuters) – With a businessman turned politician now in the Oval Office, a small but growing number of bankers and Wall Street financiers across the United States have set their sights on politics.

In New Jersey, Connecticut and California, former bankers, hedge fund managers and private equity executives have either announced bids for legislative and gubernatorial seats, or associates have told Reuters they are considering running.

Meanwhile, industry trade groups including the American Bankers Association are launching formal programs to teach members in various states how to campaign successfully.

It is not the first time well-heeled candidates have entered American politics, and there are not a great number of them. But historians, political scientists and bankers say the atmosphere has changed abruptly under President Donald Trump.

“It’s certainly raised the visibility of folks who in the past may have said ‘I‘m not a politician,” said Richard Baier, president of the Nebraska Bankers Association, which is launching a training school for potential legislative candidates. “We’ve shown that you don’t really need that background.”

The Oklahoma Bankers Association is also planning to launch its own candidate school, a spokesman said.

Foreclosures, job losses and growing income inequality after the 2007-2009 financial crisis made anyone with Wall Street ties into a political pariah. But Trump, a self-described billionaire who made a fortune in New York real estate and entertainment, has stocked his cabinet with Wall Street bankers and industry tycoons.

His presidency has inspired others in the financial community to pursue civic duty, according to people who have studied campaigns or are involved with current election efforts.

Trump’s ascendance shows that candidates’ backgrounds matter less than whether they can connect with voters, said Joshua Sandman, a political science professor at the University of New Haven.

“Trump running has encouraged more people in financial services to test the waters,” he said, “but the water could be murky for them unless they have a real set of positive experiences within business and are reflective of creating jobs and helping people.”

It is hard to say quantitatively whether more candidates with finance backgrounds are pursuing political office now compared with prior election cycles. But Paul Herrnson, a political science professor at the University of Connecticut who has researched candidates’ backgrounds, says he is skeptical about how successful the new crop of candidates will be.

“Sure, the mood is better than it was when the market collapsed, but I don’t think people say, ‘Wall Street financier – that’s someone I can vote for,” he said.

Phil Murphy, the Democratic candidate for New Jersey governor in 2017, a former Goldman Sachs Group Inc executive who spent 23 years at the firm, is perhaps the most prominent moneyed candidate.

His campaign has focused on bolstering the middle class with proposals to create a millionaire’s tax and launch other initiatives to help low-income residents.

Murphy has won support from labor unions, environmental groups and consumer rights activists, as well as bold-faced names in the Democratic party like former Vice Presidents Joe Biden and Al Gore, who have both endorsed him.

An Oct. 3 Monmouth University Poll has him leading his Republican rival, Kim Guadagno by 14 points, and over 60 percent of New Jersey voters said Murphy’s ties to Goldman do not matter in a recent Quinnipiac Poll.

“Obviously Goldman was his career,” said Tony Bianchini, spokesman for the Northeast Regional Council of Carpenters, which is backing Murphy. “Everyone has a career.”

In Connecticut, former UBS Group AG executive Robert Stefanowski is running for governor, according to a public filing, and hedge fund manager David Stemerman recently said he may do the same.

The two Republicans have given few clues about their campaign strategies other than to cast themselves as outsiders who can fix Connecticut’s problems.

Tom Steyer, an environmentalist who worked at Goldman Sachs and was a hedge fund manager, may run for Senate or governor, a person familiar with the matter said. Joseph Sanberg, a former Tiger Global Management LLC executive, is also considering a Senate run, according to Politico. He casts himself as a “progressive entrepreneur” on his website.

Other ex-Wall Streeters who have entered politics have a mixed history, and much depends on how well their messages align with voters’ concerns, political historians said.