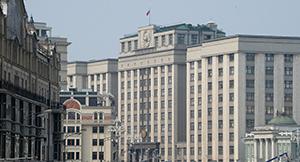 The Russian members of the State Parliament have slammed the disclosure of their former colleague Denis Voronenkov’s murder in Ukraine. They have indicated that the Ukrainian Prosecutor General’s conclusion satisfies “western audience” and have criticized the biased investigation.

MOSCOW (Sputnik) — Ukraine’s Prosecutor General Yuri Lutsenko said on Monday that the investigation concluded that the murder was ordered by Vladimir Tyurin, the former partner of Denis Voronenkov’s widow Maria Maksakova. At the same time, Lutsenko indicated that the killing was planned by the Russian Federal Security Service in cooperation with the leaders of the Russian criminal world.

The Ukrainian authorities immediately claimed there was a “Russian trace” in the murder, which was refuted by Moscow.

Tyirin Had no Personal Motives

The version of Voronenkov’s murder presented by the Ukrainian prosecutor general triggered skepticism of the Russian Parliament’s lawmakers.

“I do not believe it at all. As far as I know, they [Maksakova and Voronenkov] lived here, in Russia. If he [Voronenkov] stepped on the toes of her ex-husband that bad, it could have been done here. But, as far as I know, he [Tyurin] had not lived with her for a long time and Tyurin had no personal motives… The Russian Federal Security Service has been tied to Tyurin at the same time… A more stupid version can hardly be made up,” the chairman of the Russian State Duma’s Committee for the Commonwealth of Independent States (CIS), Leonid Kalashnikov, said.

Voronenkov’s widow Maksakova has also been mistrustful of the proposed theory, saying that the motives of Tyurin were not enough for a murder.

“As for Tyurin’s personal motive, it existed, but it was not enough to perform such defiant actions on the territory of another state. Yes, he [Tyurin] hated my personal life… There is no doubt. But this motive is not enough to kill. It is jealousy,” Maksakova said.

First Deputy Chairman of the Foreign Affairs Committee of the Russian upper house of parliament Vladimir Dzhabarov called the alleged involvement of the Russian Federal Security Service in the murder a pure stupidity, intended for western audience.

“The statement of the Ukrainian prosecutor general is intended for the US users and their European friends. This statement is not worthy of a man, assuming such a post, who is, in fact, preoccupied with propaganda rather than the investigation,” Dzhabarov said.

Dzhabarov indicated that such an investigation was not trustworthy.

Chairman of the Russian upper house’s Foreign Affairs Committee Konstantin Kosachev indicated that Russia would be presented as a responsible party in all the versions that the Ukrainian security services might put forward.

“Apparently, another ‘Russia’s crime’ related to Ukraine has collapsed in plain view: the Ukrainian investigating authorities failed to link the policy to the murder of former State Duma lawmaker Voronenkov. The personally-criminal version remained the superior, the image of noble, ‘pursued by the Kremlin’ politicians lasted for a year and was completely ‘worked out’ by the Ukrainian propaganda,” Kosachev told Sputnik.

Kosachev indicated that the situation itself had been exhausted and Kiev had suggested a more realistic theory, which, nevertheless, implied a “Russian trace.”

Denis Voronenkov gave up his Russian citizenship and moved to Ukraine with his wife Maksakova, who also was a State Parliament lawmaker, in 2016, which the lawmaker explained by political reasons. However, the Russian Investigative Committee perceived his departure as an attempt to abscond, as Voronenkov was arrested in absentia over a case of hostile takeover of a building in Moscow.

On March 23, 2017, Voronenkov was fatally shot in the Ukrainian capital of Kiev. His bodyguard shot dead the murderer. The investigation managed to detain two individuals suspected of involvement in the killing, while two other suspects were declared wanted.