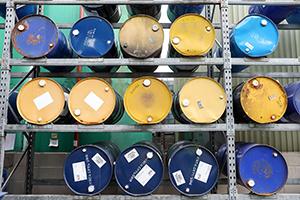 Saudi Aramco plans to make “the deepest customer allocation cuts in its history” in oil supplies in November to help reduce global inventories and balance the market.

“Saudi Arabia is once again demonstrating extraordinary leadership in its commitment to re-balancing the market, as we approach the upcoming key meeting of November 30 in Vienna, by restraining not only the top-line of production volume, but even more importantly the bottom line of exports, which are what ultimately shape global inventories and market balances,” the ministry said. “The kingdom expects all other participants in the effort to follow suit and to maintain the high levels of overall conformity achieved in August going forward.”

Saudi Arabia, the world’s top crude exporter, is leading the Organization of Petroleum Exporting Countries and other producers including Russia in paring output under a deal that helped propel oil into a bull market in September. Lower compliance with the curbs promised by some nations combined with rising production in OPEC members Libya and Nigeria — both exempt from reducing output due to their internal strife — have added pressure on Saudi Arabia to make deeper cuts of its own.

Brent, the global benchmark, erased earlier declines to trade marginally higher at $55.62 a barrel at 3:47 pm in London after the news of the Saudi oil allocations cuts.

Saudi Arabia scaled back exports in September to less than 6.7 million barrels a day, “despite high customer demand and the partial reduction of domestic summer crude burning requirements,” the ministry said.