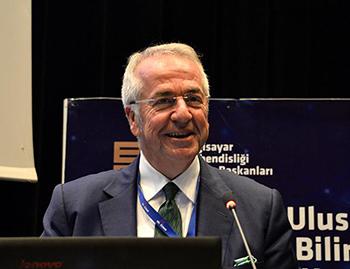 Turkey’s top business organization has called for calm diplomacy and common sense to resolve a recent tension with the United States, warning of a serious hit to bilateral economic, social, cultural and academic relations as well as ordinary citizens.

“The visa decision of the United States against Turkey is a very unfortunate development. Turkey and the U.S. have strong and deep-rooted political, economic and historic ties. Their bilateral ties are of great importance in maintaining the regional and global stability in line with their NATO alliance,” the Turkish Business and Industry Association (TÜSİAD) said in a statement on Oct. 9.

The U.S. mission in Turkey suspended all non-immigrant visa services at U.S. diplomatic facilities in the country on Oct. 8. The Turkish embassy in Washington followed suit, and made virtually the same statement, only replacing the country names.

The U.S. move comes at a moment when relations between the two allies are going through severe turbulence, amid the arrest of Istanbul Consulate staff member Metin Topuz late on Oct. 4 over espionage charges and alleged links with some leading members of the Gülen network, accused of being behind last year’s failed coup attempt.

Disagreements between Turkey and the U.S. will harm economic, social, cultural and academic relations between the two countries, as well as ordinary citizens, TÜSİAD said.

The top boss organization noted that diplomatic processes to solve the “visa crisis” should be started right away and that disagreements and differences should be settled with calm diplomacy and common sense.

“This crisis should be eased to foster mutual trust and constructive dialogue by not giving any room to hit the bilateral ties at the first place. Then, the disagreements need to be resolved in the fastest possible time,” TÜSİAD added.