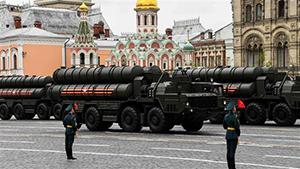 Turkish Foreign Minister Mevlut Cavusoglu says Ankara may cancel its deal with Russia on acquiring the Russian S-400 missile systems and seek a deal with other partners if Moscow is reluctant to share the technology of its most advanced air defense system with the Anatolian country.

Turkey’s top diplomat made the remarks in an interview with the Turkish newspaper Aksam, the transcript of which was published on Monday, adding that Ankara had earlier reached an agreement in principle with Moscow for joint production of the air defense system.

“We have agreed in principle on joint production in the medium and long term. If Russians do not agree, we will sign an agreement with another country. But we have not received any negative replies [from Moscow] regarding this issue,” Cavusoglu said.

Cavusoglu’s comments came almost a month after Ankara and Moscow reached an agreement on the delivery of the S-400 systems to Turkey. Turkish President Recep Tayyip Erdogan later said that Ankara had already made its first payment for the air defense systems.

Under the deal, Russia would send two S-400 systems to Turkey within the next year and then help the country domestically produce two more batteries. The deal is said to be worth around $2.5 billion.

Later in the day and in a press conference in Moscow, Kremlin spokesman, Dmitry Peskov, was asked about Cavusoglu’s comments regarding the transfer of S-400 systems’ technology to Turkey. He said, “Contacts and negotiations at an expert level in the context of this deal are ongoing. This is all I can say for now.”

S-400, whose full name is the Triumf Mobile Multiple Anti-Aircraft Missile System (AAMS), is an advanced Russian missile system designed to detect, track, and destroy planes, drones, or missiles as far as 402 kilometers away. It has previously been sold only to China and India.

Turkey, being a NATO member state with the second-largest army in the military alliance, drew an outpouring of criticism from the US and other members of the bloc, which criticized Ankara for drifting toward Moscow.

“They went crazy because we made the S-400 agreement. What were we supposed to do, wait for you?” said Erdogan on September 13, a day after he inked the deal with the Russians.

Before gravitating towards Russia, the Turkish military reportedly walked out of a $3.4 billion contract for a similar Chinese system. The withdrawal took place under purported pressure from Washington

Ankara’s ties with its Western allies in NATO have been strained over a range of issues. The Turkish leader has been critical of Washington for supporting Kurdish groups in Syria that he says are responsible for terror attacks inside Turkey.

Erdogan has also slammed American officials for rejecting his requests to hand over Fethullah Gulen, a powerful opposition figure living in the US, who is blamed by Ankara for masterminding last year’s mid-July failed coup.

Turkey is striving to boost its air defense, particularly after Washington decided in 2015 to withdraw its Patriot surface-to-air missile system from Turkey’s border with Syria, a move that weakened Turkey’s air defense.