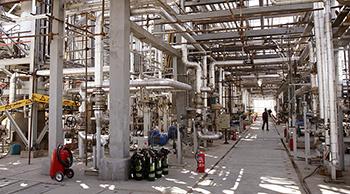 Possible US moves to decertify the Iranian nuclear deal is “unjustifiable,” Austria’s envoy to the UN has said. He added that the agreement will stand even if the US pulls out as all the other parties, including Tehran, are committed to it.

The nuclear deal with Iran, officially known as the Joint Comprehensive Plan of Action (JCPOA), will remain in place even if the United States decide to pull out of the agreement, Jan Kickert told the IRNA news agency in an exclusive interview.

He noted, though, that Tehran must abide by the obligations it signed up to. “We hope that Iran will stick to its commitment, because then the other parties to the treaty, Europeans in particular, and also the Russians and the Chinese, will also stick to it,” Kickert said. “We believe that if one party keeps its commitment to the contract, the other should also.”

Iran’s compliance with the deal has been repeatedly verified by the International Atomic Energy Agency (IAEA), the UN watchdog mandated to monitor Tehran’s implementation of the 2015 agreement. In September, the IAEA once again stated that Tehran is fully complying with the agreement.

Kickert reiterated the European stance voiced earlier by the EU foreign policy chief Federica Mogherini. She pointed out that the agreement “serves the interests of all parties,” while its possible failure will affect all the international community, not just the US.

“The European position is very clear: we believe that this treaty is a good one, and should be kept and all the commitments from all the parties should be kept,” Kickert said.

“There is no intention by the Europeans to pull out,” he emphasized.

Fears over the US bailing out of the deal are rising as the deadline to recertify the deal, set for October 15, approaches. Dismantling the nuclear agreement was one of the cornerstones of Donald Trump’s presidential campaign, while during his presidency he has repeatedly accused Tehran of breaking the “spirit” of the JCPOA.

If the US president breaks the agreement, the US Congress will have 60 days to decide whether to re-impose sanctions on Iran, which “will be against not only the spirit but also the letter of the agreement,” Kickert warned.

Amid the speculation whether or not Trump will renege on the deal, there seems to be no unified position on the issue in Washington either. Trump has repeatedly promised to cancel the “worst deal ever negotiated,” but the top military officials warned against breaking it.

“I believe that they [Iran] fundamentally are [in compliance]. There have been certainly some areas where they were not temporarily in that regard, but overall our intelligence community believes that they have been compliant and the IAEA also says so,” US Secretary of Defense James Mattis said last week.

“It is something that the president should consider staying with,” Mattis believes.

Under the terms of the deal negotiated in July 2015, Tehran promised, among other things, to reduce the number of its uranium enrichment centrifuges by two-thirds, cap its enrichment below the level needed for weapons-grade material and allow international inspections.

In exchange, much of the international sanctions against Tehran have been lifted. Some US sanctions, however, still remain in place.

In September, Iran’s president Hassan Rouhani cautioned Washington that if it decides to row back on the deal, it would “yield no results for the US, but at the same time, will generally decrease and cut away and chip away at international trust.”