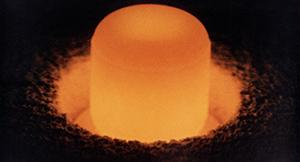 The US Department of Energy “faces challenges meeting NASA’s expected need” for a plutonium isotope required for missions into deep space that could jeopardize new missions altogether, according to a new Government Accountability Office report.

With roughly half of the government’s plutonium stockpiles already in use, and endeavors Mars 2020 and New Frontiers #4 projecting to take up a lion’s share of the remaining plutonium stocks, “if [the Energy Department’s] existing Pu-238 supply is used for these two missions, NASA would be forced to eliminate or delay future missions” requiring radioisotope power systems, says Shelby S. Oakley, director of acquisition and sourcing management at GAO.

Despite a new initiative in 2011 to produce more Pu-238, “given NASA’s current plans for solar system exploration, this supply could be exhausted within the next decade,” Shelby said in an October 4 statement.

GAO recommends Energy Secretary Rick Perry “develop an implementation plan” for managing the production of plutonium-238, “assess the long-term effects that known challenges may have on production quantities, time frames, or required funding, and communicate these potential effects to NASA,” and create “a more comprehensive system” for tracking systemic risks involved in the plutonium production program.