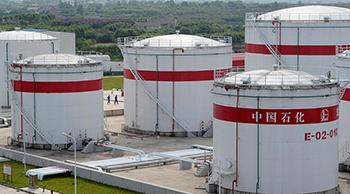 Beijing is likely to “compel” Saudi Arabia to sell crude oil in yuan, and others will follow, according to the chief economist and managing director at High Frequency Economics Carl Weinberg. This will hit the US dollar, he says.

In an interview with CNBC Weinberg said China has become a key player in the oil market since overtaking the US to become the world’s largest importer.

Saudi Arabia has “to pay attention to this because even as much as one or two years from now, Chinese demand will dwarf US demand,” Weinberg told the media.

“I believe that yuan pricing of oil is coming and as soon as the Saudis move to accept it — as the Chinese will compel them to do — then the rest of the oil market will move along with them,” he added.

A 1974 agreement between US President Richard Nixon and Saudi King Faisal meant Riyadh has been accepting dollars for all its oil exports.

However, recently, countries like China and Russia have been looking to exclude the greenback from bilateral oil trade. Russia and Saudi Arabia are the most significant exporters of oil to China, alternating in top spot.

China has already said it wants to start a crude oil futures contract priced in yuan and convertible into gold.

Veteran investor Jim Rogers told RT last month that countries are getting more concerned about trading in dollars, because “if the US gets angry at you, they just set enormous pressure on you that can even get you out of business.”

“China, Russia, and other countries understand this, and they are trying to move world trade and world finance away from that,” said Rogers.