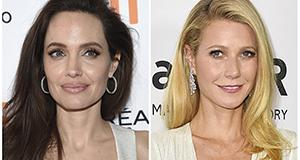 Arriving on the scene at 10:37 a.m. Wednesday, Los Angeles police officers responded to a 911 caller’s claim that a man at the specified address was a danger to himself. That man was Harvey Weinstein, the movie mogul recently accused of sexual assault and harassment.

“[The caller] said the subject was feeling suicidal and depressed,” the New York Daily News reported, citing a source. “But when officers got there and conducted their investigation, it was revealed no suicidal remarks were made.”

The incident, deemed a “family dispute,” was later confirmed to Variety by an LAPD spokesperson.

According to reports, the address in question is that of Weinstein’s daughter, Remy. TMZ reports that a dispute between the two spilled out onto the street.

Weinstein reportedly tried to flag down a passing vehicle in hopes of fleeing the scene. At the time, Remy was able to convince her father to return indoors, but by the time police arrived Weinstein had already left the building.

Responding to the incident, Page Six reported that a friend of the mogul reached out to the publication to clear the air.

“Harvey’s daughter Remy was very upset and concerned for her father, because of what she’d read in the media,” the friend wrote. “She was crying, so he left his therapy and went to her house on Wednesday morning to comfort her.”

The unnamed source indicated that Weinstein was initially attempting to leave the home to prevent the paparazzi from dragging his daughter into the situation.

“Remy overreacted at the situation, out of love and concern for her father, and called the police, telling them he was depressed and suicidal. This situation is of course very hard for Harvey, but he is not suicidal — his heart is breaking for his kids.”

The film producer is said to still be within the Los Angeles area, but speculation surrounding Weinstein suggests he is planning to vacate town.

Among the pile of accusations was the encounter that “Kiss the Girls” actress Ashely Judd found herself in 20 years ago.

According to Judd, Weinstein invited her to the Peninsula Beverly Hills hotel for what she assumed at the time to be a business meeting. However, once the actress arrived she was directed to his hotel room, where he appeared wearing a bathrobe and asking for a massage.

“How do I get out of the room as fast as possible without alienating Harvey Weinstein?” Judd told the Times as she recalled the incident.

The Times report was then followed up a few days later on Tuesday when the New Yorker published its own story on sexual assaults the Hollywood figure is accused of.

Following the publication of both reports, several Hollywood elites, including Meryl Streep, have publicly denounced Weinstein.

Despite the accusations and being fired from his role at the Weinstein Company, Harvey has denied forcing non-consensual sex on others, the Daily News reported.The Daily Mail reported Wednesday that an FBI investigation into the alleged assaults has been launched.