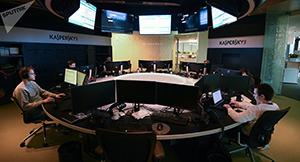 The German federal cybersecurity agency said in a statement on Wednesday that it had no plans to cease the usage of the Kaspersky Lab products as the watchdog failed to find any malicious code in its software.

MOSCOW (Sputnik) — The German Federal Office for Information Security (BSI) said Wednesday it had found no proof that Kaspersky Lab software was exploited by Russian hackers.

“The BSI currently has no knowledge that everything happened as described in the media report. The BSI is in contact with the US partner agency,” the agency said in a statement.

The German cybersecurity watchdog admitted it was using a variety of software programs, including Kaspersky products, for technical analysis.

“There are currently no plans to issue a warning against the use of Kaspersky products as the BSI has no evidence of the company’s misconduct or weaknesses in its software,” it said.

US media claimed earlier that Russian hackers had breached a computer of a US National Security Agency employee using an antivirus made by the Moscow-based Kaspersky firm to steal classified data.

The company has denied any wrongdoing and offered to testify before the Congress. The hearing has been set for October 25. The company’s CEO, Eugene Kaspersky, told Sputnik last week he was ready to appear in parliament and answer the questions directly.