For much of the past month, the Kurdistan referendum on independence and its possible implications for the region have dominated news headlines from the Middle East.

The fate of Kurdistan-controlled oil production and exports in the face of Turkish threats to cut off the main export route for Kurdish oil, and Iraq’s call to the neighbors and the world to deal only with the federal government—especially in oil sales and trade—pushed oil prices to a several-months-high at the end of September.

The oil-rich area around Kirkuk—with the city currently under the administration of Kurdish forces—is the site where both the Kurdistan Regional Government (KRG) and Iraq’s state-held North Oil Company control oil wells. The dispute over Kirkuk and its oil fields could spark a civil war If the central government and Kurdistan leave the issue with the Kurdish push for independence unresolved, Iraqi Vice President Ayad Allawi said in an interview with The Associated Press earlier this week.

Allawi called for restraint from both the President of the Kurdistan Region, Masoud Barzani, and Iraq’s central government and its Iranian-backed militia, the Asa‘ib Ahl al-Haq, which are part of the Popular Mobilization Forces.

“The government claims they control the Popular Mobilization Forces. If they do they should restrain them, rather than go into a kind of civil war. And there should be a restraint on Masoud Barzani and the Peshmerga not to take aggressive measures to control these lands,” Allawi told the AP.

The multi-ethnic city of Kirkuk voted in the September 25 referendum on Kurdish independence despite the fact that it’s outside the autonomous Kurdistan region. Kirkuk, however, has been administered by Kurdish forces since 2014, when the Iraqi army fled from the advance of ISIS and the Peshmerga took control of the city from the Islamist militants.

Following the overwhelming support for Kurdish independence in the referendum, the KRG is seeking dialog to resolve all issues and has not declared independence in any part of Kurdistan. Iraq, for its part, says that the referendum is unconstitutional, and urges Iran and Turkey to stop all commercial transactions with Kurdistan, especially in oil exports and sales. Iran and Turkey are also strongly opposed to any Kurdish breakaway, fearing similar moves by their own Kurdish populations.

The Iraqi federal government also plans to reopen an oil pipeline from Kirkuk to the Turkish port of Ceyhan that bypasses Kurdistan, to further pressure the KRG.

Not only Iraq’s neighbors oppose the Kurdish referendum. The U.S. and Western powers are also against it, fearing that yet another conflict in the Middle East would distract from efforts to push Islamic State out of Iraq and Syria.

The only major global power that hasn’t denounced the Kurdish referendum is Russia, and Russia isn’t giving up its oil and gas deals in Kurdistan.

At an energy panel last week, Russian President Vladimir Putin said “By the way, we have traditionally maintained good relations with the Kurds…We are not interfering. Therefore, our statements are weighed-up and careful, their aim is not to incite, not to escalate the situation”.

Just days before the referendum, Russia’s oil giant Rosneft said it would look into the opportunity to build a $1-billion pipeline bringing gas from Iraqi Kurdistan to Turkey. Rosneft—led by Vladimir Putin’s close ally Igor Sechin—has been intensifying links and deals with Kurdistan this year.

Last week, Russia’s Energy Minister Alexander Novak told Kurdistan 24 that Russia didn’t have any intention to scale back operations and investments in Kurdistan.

This past Sunday, Novak said to the same outlet that Rosneft “will connect the Kurdistan Region’s oil and gas pipeline to the Black Sea.”

Judging from these statements, while Iraq, Iran, and Turkey aim to sever the Kurdish lifeline—oil—Russia is building up oil and gas ties in Kurdistan. 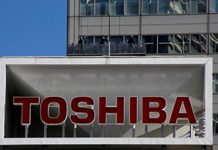