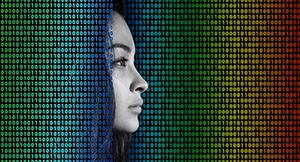 The Chinese Ministry of Public Security has partnered with a Shanghai-based security company on a project to accurately detect the identities of the nation’s 1.3 billion citizens with facial recognition software, the South China Morning Post reports.

Ivision, the contractor winner, actually won rights to work on the project in 2016 but only confirmed the news to SCMP this week. A spokesperson for the company refused to tell the Post more details about the project’s progress, which is confidential. Beyond confirming that the firm had won the contract, a company spokesman said “we have no information for public disclosure.”

Face-scanning technology is becoming more viable in practical applications by the day, but the jury is still out on precisely what impact the technology will have on societies around the world.

Apple’s iPhone X will reportedly take advantage of 3D sensors and infrared tech on the device’s front-facing camera to allow users to log in without entering a password. One implication is that as long as the phone is on, so too will the phone’s face-scanning technology be, which sparks concern among privacy advocates.

“Mistakes and misidentifications are unavoidable” for the technology, UK privacy lawyer Clare Garvie wrote in September. There could be undesirable consequences: as prisoners have gone to jail for decades for crimes they never committed as a result of flawed DNA testing that once seemed to be an infallible tool in forensic investigations, there is a risk of misidentifying the wrong person as a criminal with facial recognition software.

Law enforcement is precisely the domain where Beijing hopes to apply the technology, according to the SCMP, especially for “police suspects” and “people of interest to the government.” The goal of the program is to identify any one of the 1.3 billion Chinese citizens within a mere three seconds, the report says.

A researcher with the China-based Institute of Computing Technology quipped, “among 1.3 billion people, some totally unrelated people have faces so alike even their parents cannot tell them apart.” In such a large population, having a one-in-a-million face means 1,300 people who look just like you.

Some features of the technology seem to offer conveniences, such as boarding a plane without an ID or boarding pass, according to SCMP, but the risks continue to pile up all around the technology’s periphery.

Beyond the privacy and misidentification risks, there are social risks. The report says the biometric tech would allow for fast-food joints like KFC to change the price of food items based on what the software considers to be a customer’s level of attractiveness. “Customers with ‘beautiful’ characteristics — such as symmetrical features — get better scores than those with noses that are ‘too big’ or ‘too small’ and those that get better scores will get cheaper meals,” the Post wrote.

In other words, you can pay without taking out a wallet under the idyllic deployment of the technology, but the tradeoff could be paying more for food because a software application tells you you’re ugly.

Other uses of the technology include scanning people’s faces outside public bathrooms to identify toilet paper thieves and limit the usage of toilet paper for each patron, the Chicago Tribune reported in March. And earlier this year, Shanghai started using the facial technology to name and shame jaywalkers, according to an SCMP report from July 3.