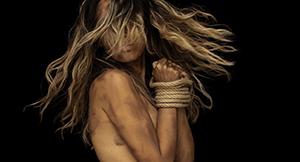 Being a celebrity has plenty of advantages, but it also means that even the slightest scandal will send shockwaves around the world. Sputnik recalls some of the stars brief affairs and scandalously filthy behavior that grabbed the public’s attention.

One of the most recent scandals grabbed the headlines on October 5 after the publication of previously undisclosed allegations against Hollywood mogul Harvey Weinstein for sexually harassing a number of women for nearly three decades. His victims include actresses Ashley Judd (in 1996) and Rose McGowan (in 1997), Italian model Ambra Battilana (in 2015) and several other Miramax and Weinstein Company female employees. Hollywood stars Gwyneth Paltrow and Angelina Jolie have recently added themselves on the list. While the Hollywood producer’s representative refutes all claims of non-consensual sex, his wife Georgina Chapman, who married him in 2007 and has two children with him, has chosen to leave Mr. Weinstein.

This is the girl that was hurt by a monster. This is who you are shaming with your silence. pic.twitter.com/TrtRNiYfIT

Marilyn Monroe has held a variety of jobs, from making five cents a week in an Orphan home to a stock contract at a studio. She clicked as the sexy girl in “Asphalt Jungle”, and the roles got better. She has been named to Miss Cheesecake of 1951 by stars and stripes, a service paper. (04/17/1951)

The possible affair between US President and iconic sex symbol have kept tongues wagging for half a century. Rumors reached a peak after Monroe’s passionate “Happy Birthday” performance for JFK. She was first introduced to Kennedy in 1954, and were seen together several times afterwards. Multiple historians, including biographer Donald Spoto, who wrote a biography book about the movie star in 1993, claim the two most likely had a sexual encounter during a party at Bing Crosby’s home in Palm Springs, CA, in 1962. Anyway, this relationship wrapped in lots of mysteries will always remain one of the biggest sex scandals of that era.

The actor-turned-politician and his wife Maria Shriver seemed to be a match made in Heaven: they lived a life full of love for 25 years before legally separating. It turned out, however, that Arnie had an illegal child (who was already 14 years old in 2011, when this rumor surfaced) with a longtime housekeeper of their family, Mildred Patricia Baena.

​This couple’s scandalous relationship made the headlines countless times. In his 2017 documentary “Welcome To My Life”, the R&B star confessed to cheating on his ex-girlfriend Rihanna but also admitted that he intended to propose before he attacked her in February 2009, leaving her bruised and bleeding. This happened after Rihanna became suspicious of texts he had received from another woman and lied about a sexual encounter with someone who worked with him that took place prior to their relationship.

Chris Brown’s interview about Rihanna drips self-pity: feels need to mention she spat blood at him (after he punched her in the face). Awww. pic.twitter.com/66tgm6AswU

Actor Ben Affleck poses backstage with the Hollywood film award, which he accepted on behalf of the creators, for “Gone Girl” during the Hollywood Film Awards in Hollywood, California

In over ten years, actors Ben Affleck and Jennifer Garner fell in love, got married and had three kids. But this all changed in a moment. A romance between Affleck and Christine Ouzounian, who worked as a nanny for the family for just a few months, led to the divorce of the Hollywood couple. Multiple sources confirmed the affair was real — Ouzounian told her friends about it. However, he denied having any romantic relationship with the young woman.

The Black Sabbath rock band founder is well-known for controversies, like biting off a bat’s head or his fans committing suicide after listening to his music. Hair stylist Michelle Pugh broke her silence over her four year affair with Ozzy in 2016, confessing that she had fallen for the Black Sabbath front man. The rocker, however, said he was sorry that Ms. Pugh took their “sexual relationship out of context.”

Things didn’t work out for Jude Law and Sadie Frost, his first wife, after the actor had an affair with his nanny — just seven months after their engagement. Law publicly apologized to his fiancée, but the relationship obviously could not be mended.

Travolta’s former pilot Douglas Gotterba made shocking claims about a six-year gay affair with the Hollywood star in 2012 and even sued him a couple of years later. But Travolta shrugged off the allegations saying: “It’s just about people wanting money. That’s all. It happens on many levels.”

The charming “Notting Hill” star was arrested for soliciting prostitutes just a couple years after he met his loving partner, Elizabeth Hurley, on set in 1987. during the scandal, she stood by his side but they soon separated.

In the late 1980s, the American filmmaker dated actress Mia Farrow who had an adopted daughter, Soon-Yi. Allen’s romantic relationship with the young girl surfaced when Mia found sexual pictures of her daughter in his possession. But this scandal had a happy ending: in 1997, Woody actually got married to Soon-Yi and they are still together.