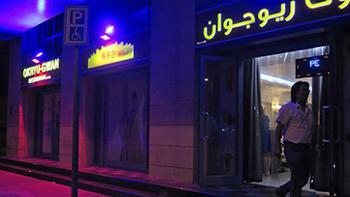 The United Arab Emirates (UAE) has announced it will stop issuing visas for North Korean workers and put an end to the mission of Abu Dhabi’s non-resident ambassador to Pyongyang.

The UAE Foreign Ministry said in a statement on Thursday night that North Korean nationals would no longer be allowed to start new businesses in the Persian Gulf state.

The statement did not, however, address the fate of an estimated 1,300 North Koreans already working in a country that has a large foreign workforce.

The announcement said the UAE would pull its non-resident ambassador to North Korea and terminate the mission of Pyongyang’s non-resident envoy to Abu Dhabi.

The ministry explained its decision in terms of forging a “unified global front against North Korea’s nuclear weapons and missile program,” blocking the potential for North Korean workers to send much-sought foreign currency to their sanction-hit country.

The decision follows similar measures by Qatar and Kuwait, which downgraded their ties with the North last month and stopped issuing new visas to North Koreans.

The restrictive measures are in line with a UN resolution slapping bans on North Korea’s exports and its guest workers in other countries. The resolution was adopted last month with the aimed of exerting more pressure on Pyongyang over its missile and nuclear tests.

In another development, finance leaders of Group of Seven (G-7) on Thursday agreed to cooperate in countering North Korean attempts to avert UN sanctions.

Masatsugu Asakawa, Japan’s vice finance minister for international affairs, said “the G7 agreed on the need to apply maximum economic pressure on North Korea by cutting its revenue source and preventing it from abusing the global financial system.”

“We agreed to strengthen co-operation, including by (taking) steps to counter North Korean attempts to avert United Nations sanctions,” he added.

Pyongyang’s nuclear tests and missile launches have sparked global tensions, leading to several rounds of UN Security Council sanctions against Pyongyang. The North, however, defends its military program as a “deterrent” against hostile policies by the US and its regional allies, including South Korea and Japan.