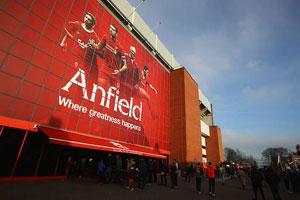 Liverpool boss Jurgen Klopp says there are few managers who could have done a better job at the club than him.

Klopp has yet to win major silverware two years after being appointed following Brendan Rodgers’ sacking.

Defeat by Manchester United at Anfield on Saturday will leave the Reds on 12 points from eight games – the same tally as when Rodgers was dismissed.

“I don’t think I am perfect but it’s quite difficult to find better options,” said Klopp, 50.

Liverpool have won only once in their past seven games in all competitions and are seventh in the Premier League, seven points behind both Manchester clubs.

They are out of the Carabao Cup and remain without a win from two games in the Champions League.

Klopp said: “If they sack me now, I don’t think there would be a lot of managers who would do the job better than I do.

“There’s not the biggest distance between us and the top teams.

“If I came in today as the new manager and if everybody would give us this kind of time to take the next step, that would be perfect.”

Kenny Dalglish, one of Klopp’s predecessors, agrees with the German that patience is required.

“If you buy well enough then you can compete,” said Dalglish, who won the title three times in charge of Liverpool between 1985 and 1991. “You don’t have to do it in one transfer window, it may take four or five.

“I think it is society. People are used to instant solutions but it doesn’t work in football.

“A bit of patience doesn’t go amiss for anyone who wants to be successful.”

Liverpool revealed the new Kenny Dalglish Stand at Anfield on Friday in honour of the Reds legend, who played for and managed the club

United manager Jose Mourinho says it “will be beautiful” to take his side to Anfield, despite expecting an atmosphere of “animosity”.

The Red Devils would go 10 points ahead of their rivals with victory on Saturday, while Liverpool will hope to win at home for the first time since August.

“We know that the fans have huge animosity against us historically, but this is what we want,” Mourinho said.

“I never see a player complain: ‘Oh, this atmosphere was very strong.'”

Liverpool forward Sadio Mane will be sidelined for six weeks after injuring a hamstring while playing for Senegal.

But Philippe Coutinho and Roberto Firmino are expected to be available despite a lengthy journey back from Brazil.

United midfielder Marouane Fellaini is set to miss out after injuring knee ligaments whilst playing for Belgium.

Captain Michael Carrick is still unavailable because of a calf injury.

Defender Phil Jones missed England duty with a knee issue but is likely to feature on Saturday, while in-form striker Romelu Lukaku is also fit despite a recent ankle problem.

Match of the Day commentator’s notes

Guy Mowbray: “‘It’s only three points’ seems to be Jose Mourinho’s mantra, but that won’t stop this being hyped as the biggest game around – which, in terms of worldwide interest, it might well be.

“It comes at the same stage as last season’s Anfield meeting, which was similarly ramped up but ended up being turgid, with United in full-on shut-up-shop mode.

“This HAS to be different, doesn’t it?

“This time Mourinho’s goal-filled team will surely attack – but perhaps only after a stifling start. Expect Liverpool to go hard for the early goal to open it right up.

“12.30pm starts can be slow-burners in terms of atmosphere and action. This shouldn’t be.”

What the managers say

Jurgen Klopp on his two-year anniversary as Liverpool manager: “Is it a difficult job? Yes. Are we where we could be? Not sure.

“Did we do really well last year? Yes. Have we done better this year? Yes. But we didn’t get the results so far. Does that mean I should stop? No.

“We had to improve to be in the situation we’re in now.”

How is Klopp doing at Liverpool? Fans and experts’ verdict

“You cannot look at some matches as cup finals and other matches differently. It’s three points, not four. It’s just a three-point match. That’s the way I approach it.

“Will I be as negative as last season? I will play with one defender and nine strikers, that’s for sure. New system. Nine strikers, don’t worry about it.”

It is always a huge occasion and it is probably the type of fixture Liverpool need right now just to fire them up.

However, Liverpool have conceded an average of just under two goals a game in the league this season, so I am expecting United to score, especially with the form they are in.

SAM (Sports Analytics Machine) is a super-computer created by @ProfIanMcHale at the University of Liverpool that is used to predict the outcome of football matches.