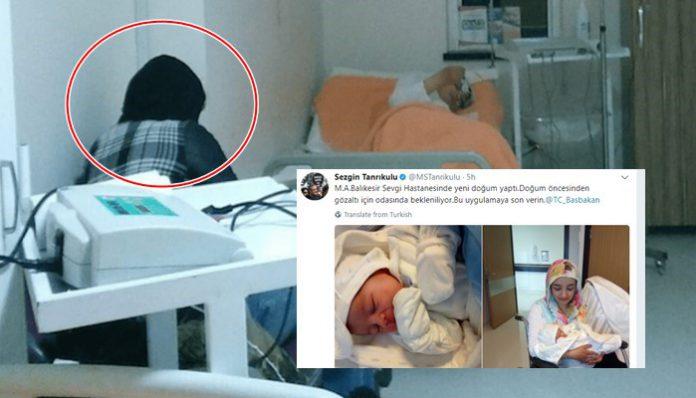 Turkish police are waiting at Balıkesir Sevgi Hospital to detain M.A., who just gave birth, over alleged links to the faith-based Gülen movement, which is accused by the Turkish government of mounting a botched coup attempt last summer, an opposition deputy tweeted on Saturday.

Sezgin Tanrıkulu, a deputy from the main opposition Republican People’s Party (CHP), has called on Turkish authorities to stop the practice of detaining women hours after giving birth due to their alleged links to the movement.

Tanrıkulu posted several photos of M.A. and her newborn baby, and said: “M.A gave birth at Balıkesir Sevgi Hospital this morning. [Police] are waiting outside to detain her. Stop this practice.”

According to information posted by @magduriyetlertr on Twitter, the police officers have warned M.A. that if her husband doesn’t surrender, the prosecutor has ordered them to detain her.

This is not the first time Turkish police were reported to have waited in or outside a hospital room to detain a woman who just had a baby as hospitals and hotels as well as state institutions have become places where customers are required to check in, involuntarily helping police to locate them.

Teacher Ü. Monos, who gave birth on Tuesday, had been detained shortly after delivery by police who were waiting outside her room at Ankara Ortadoğu Hospital. According to the Turkish media, Monos is an English teacher and has been sought by police over her alleged links to the faith-based Gülen movement.

Havva Hamamcıoğlu, Nazlı Mert, Esra Demir, Aysun Aydemir, Elif Aslaner and Fadime Günay are only some of the other women who also faced detention shortly after delivery as part of a post-coup witch-hunt targeting alleged members of the Gülen movement.

More than 17,000 women in Turkey, many with small children, have been jailed in an unprecedented crackdown and subjected to torture and ill-treatment in detention centers and prisons as part of the government’s systematic campaign of intimidation and persecution of critics and opponents, a new report titled “Jailing Women In Turkey: Systematic Campaign of Persecution and Fear” released in April by SCF has revealed. (Turkey Purge) 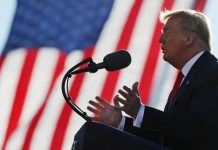