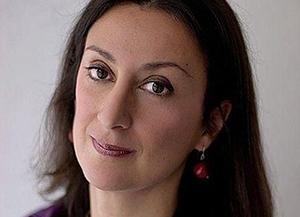 A prominent blogger in Malta, who had accused the island’s government of corruption, has died in a car bomb attack, according to police.

Daphne Caruana Galizia, 53, was reportedly killed when the car she was driving exploded shortly after she left her home in Bidnija, near Mosta.

Local media say one of her sons heard the blast and rushed outside.

“I condemn without reservations this barbaric attack on a person and on the freedom of expression in our country,” he said in a televised statement.

“Everyone knows Ms Caruana Galizia was a harsh critic of mine, both politically and personally, as she was for others too.”

But he stressed there could be “no justification… in any way” for such action.

“I will not rest before justice is done.”

On Monday evening, thousands of people attended a candlelit vigil in the resort town of Sliema.

Malta Television reported that Caruana Galizia had filed a complaint to the police two weeks ago to say she had received threats but gave no further information.

Police have opened a murder inquiry.

Newspaper reports said the explosion had left debris from the rental car she was driving strewn across the road and in a nearby field.

Caruana Galizia’s death comes four months after Mr Muscat’s Labour Party won an election he called early because of the blogger’s allegations linking him and his wife to the Panama Papers scandal.

The couple denied claims that they had used secret offshore bank accounts to hide payments from Azerbaijan’s ruling family.

A spokeswoman for the prime minister’s office told the BBC that although there were rumours the attack could be politically motivated, this would be jumping to conclusions. But no lines of inquiry would be ruled out.

Malta has asked for international help – including the FBI in the US – to find the perpetrator, the spokeswoman said.

Meanwhile, Caruana Galizia’s family has requested that the magistrate in charge of the investigation be replaced, the Malta Independent reports.

It said the current magistrate had on a number of occasions been the subject of criticism by Caruana Galizia.

Daphne Caruana Galizia was loved and resented in equal measure in politically divided Malta – but she will go down in the Mediterranean island’s history as one of the most influential writers.

Her uncompromising blog and scathing pen spared no punches, hitting out mainly at exponents of the ruling Labour Party and their supporters, but also sometimes criticising officials of the centre-right Nationalist Party, including its newly-elected leader.

Starting off as a columnist for The Sunday Times of Malta, her colourful reportage saw her embroiled in several legal battles along the years, including Malta’s prime minister.

But beyond all, even her fiercest critics acknowledge she was an impeccable writer and investigative journalist. Her digital cross-investigation into the Panama Papers, which saw the Maltese government’s top officials embroiled, effectively triggered off a premature general election last June. 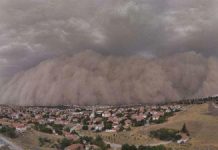