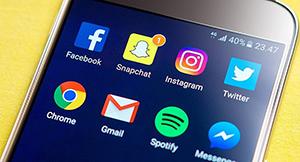 Launched on Sunday by actress Alyssa Milano, netizens jumped on the latest social media campaign, #MeToo, to show the magnitude that sexual harassment and assault can reach in today’s day and age.

​The campaign was simple — all social media users had to do was respond to Milano’s tweet with “Me too” to indicate that they too were abused. The post, a “suggestion from a friend,” also directed users to set their social media status as “me too.”

Since Sunday, Milano’s tweet has gained more than 57,000 responses.

​Regardless of one’s gender or sexual orientation, responses were shared from all sides of the spectrum.

​Milano’s move comes days after the New York Times and the New Yorker published an expose on sexual advances Hollywood producer Harvey Weinstein made on aspiring actresses — and several actors — throughout the years. Dozens of victims have come forward since the articles were published October 5 and October 10, respectively.

But the US wasn’t the only participant in the campaign. In France, a similar initiative was launched by journalist Sandra Muller over the weekend.

Muller set off the #balancetonporc (expose the pig) hashtag after recalling an incident when a former boss referred to her as “my type of woman” before making remarks about her breasts, the International Business Times reported.