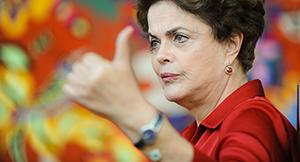 Rousseff, Brazil’s first female president, was removed from office in August 2016 after the Brazilian Parliament accused her of misusing public funds. Now, months later, with evidence suggesting her opponents engaged in vote buying, the 69-year-old politician is taking her fight to the courts.

Could Rousseff be avenged? Might she be able to once again carry the presidential sash?

For Fraga, despite his support for the ousted official, she has about as much of a chance as an ice cube on a Rio beach.

“They are not going to reverse the impeachment,” Fraga said with a “very heavy heart.”

According to the journalist, Rousseff is unlikely to get anywhere in the courts since she’s submitting herself to the same system that was “an accomplice of the coup d’etat” that led to her removal.

And yet on Thursday, Jose Eduardo Cardozo, Rousseff’s defense lawyer, released a statement saying “he hoped the [courts] would be in favor of overturning the impeachment process,” Prensa Latina reported.

Rousseff told Sputnik earlier this month that her impeachment was caused by her opposition to a “neoliberal” overhaul of the country and to plans for “scaling down the role of the Brazilian state.”

“I’ve fallen victim to a coup staged by media and the Parliament,” Rousseff said, saying she was impeached for consistently blocking a neoliberal agenda.