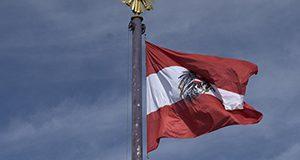 Sebastian Kurz’s People’s Party came first in a race for the Austrian national parliament with social democrats trailing behind.

VIENNA (Sputnik) — Austria’s Social Democrats are set to finish second in a close race for the national parliament, dominated by Foreign Minister Sebastian Kurz’s People’s Party, the results of the ballot count have revealed.

Center-right People’s Party, who has been campaigning on an increasingly anti-immigrant platform, is in the lead with 31.5 percent of votes after this Sunday’s election.

Sebastian Kurz called for a snap election after being chosen as the new leader of the People’s Party in May amid tensions with the left-wing Social Democratic Party. The foreign minister, who at 31 may become one of the youngest European leaders in modern history if his party wins the election, also announced that he would replace the regular OVP constituency selection process with a list of independent candidates backed by the party.