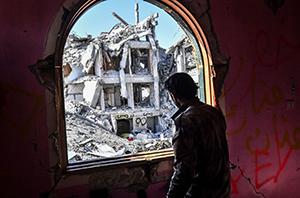 Brazil plans to reopen its embassy and restore full diplomatic relations with Syria in the hope of participating in the war-torn country’s reconstruction.

“Our wish is to fully reactivate the Embassy and send a resident ambassador to Damascus,” Brazilian foreign minister Aloysio Nunes Ferreira said in an interview in Brasilia, adding that President Michel Temer had instructed him to carry out a feasibility study. Preliminary feedback from intelligence and defense officials is positive, he said, and a decision will be taken in the next few days.

Brazil recalled all of its diplomatic staff from Damascus in 2012, but it has kept a functioning embassy building where local staff have handled mostly consular issues, while a Beirut-based charge d’affaires maintains contact with Syrian officials. The South American country has at times endorsed international condemnation of President Bashar El-Assad, but it has refrained from supporting any of the insurgents groups backed by Western and Arab countries during the conflict.

In his assessment of why Brazil should expand its diplomatic presence in Syria, Nunes Ferreira said the country was a “hot spot of world politics” and home to an estimated 1,500-strong Brazilian community. The minister also said that an increased level of representation would be good for business. When the war ends, Brazilian companies could participate in the reconstruction, he added.

Latin America’s largest economy is also home to a significant community of Syrian and Lebanese origin. One of its most famous representatives is Michel Temer, the current president.

In recent years, Brasilia has sought to increase trade with the Middle East, but efforts to strike deals on transport and infrastructure with the Iranian government have come up against serious obstacles, most notably the U.S Treasury.

Brazil is a friendly country and its companies are most welcome, the Syrian charge d’affaires to Brasilia, Mohamad Khafif, said in an interview. “Our forces have taken back most of the territory, including our industrial capital Aleppo, which has become so busy that it now looks like an anthill,” he said. “There are huge opportunities for foreign private and public companies as well as joint-ventures.”

With the support of Temer’s government, Brazilian companies have attended two recent business fairs in Damascus. Among them was Prime, a cosmetics group that had a stand at the Damascus International Fair in August.

“I was reluctant to go but I saw great possibilities,” said Alessandro Chimentao, Prime’s international director. He said Syrian companies have already asked him to send documents for a contract and consider the possibility of opening a hair products factory. “It takes patience to do business in countries that are recovering from conflict,” said Chimentao, who also exports to Iraq and Algeria. “But when things happen, you get spectacular rewards. And locals treat you as if you were God.”

Another Brazilian company, the pharmaceutical group EMS, was quoted in Syrian state media as discussing the construction of a factory with local partners. In a statement to Bloomberg, EMS declined to elaborate on its plans but acknowledged it had participated in the Re-Build Syria fair in September as part of its strategy to expand internationally.

Cecil, a brass and copper products maker that was said to discuss business plans with Syrian authorities in Damascus, didn’t respond to repeated requests for comment.

But big challenges lie ahead for Brazilian companies interested in the Syrian market. U.S-imposed financial sanctions make western banks reluctant to do business with Syria. This prompted the Syrian charge d’affaires to meet with Brazil’s central bank governor, Ilan Goldfajn, two weeks ago.

“We discussed ways to get Brazilian financial institutions involved in the reconstruction process,” Khafif, said, without specifying what he heard from Goldfajn.

Chimentao, the representative for Prime cosmetic group, said he would handle all transactions through Lebanon if he closes deals with Syrian clients.

The violence is also far from over and the government has yet to reclaim important cities like Deir Ezzor, where heavy fighting continues, and Idlib province, a haven for Islamist groups, most of them affiliated with al-Qaeda.

Brazil also faces stiff competition from countries who have much closer political and business relations with Syria, like Iran, Russia and China. “Of course some other countries have an advantage but there is also room for Brazilian companies,” said Michel Alaby, the director-general of the Arab-Brazilian Chamber of Commerce, who has been to Syria twice this year. Appointing a resident ambassador to Damascus is vital to improving Brazil’s chances of success, he said.

— With assistance by Donna Abu-Nasr, and Luisa Marini 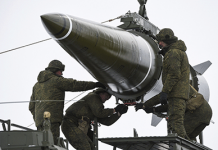