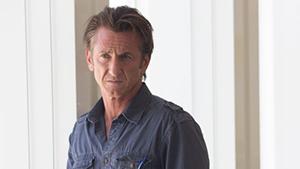 Sean Penn and Netflix are fighting over a documentary series that will become available early Friday, with a lawyer for Penn saying in a letter to the streaming service that it is “hereby on notice that blood will be on their hands if this film causes bodily harm”.

The series in question, The Day I Met El Chapo: The Kate del Castillo Story, centres on the bizarre episode in October 2015 when del Castillo, a Mexican actress, and Penn were given an audience with one of the world’s most wanted men, the drug dealer Joaquin Guzman Loera, also known as El Chapo.

Penn later wrote about the meeting in an article for Rolling Stone that was published just a day after Guzman was captured by authorities.

In a letter sent last week, Penn’s lawyer, Theodore J Boutrous Jr, warned Netflix that the series would put his client in danger and demanded the company make changes to the content of the documentary. Penn did not participate in The Day I Met El Chapo, and it largely revolves around del Castillo’s account. The documentary has not been changed.

Penn is apparently upset because he believes the documentary implies that he helped authorities at the Department of Justice in their capture of El Chapo.

“It is reprehensible that, in their ongoing, relentless efforts to gain additional attention and publicity, Ms del Castillo and her team (who have zero firsthand knowledge) have sought to create this profoundly false, foolish, and reckless narrative,” Mark Fabiani, a spokesman for Penn, said in an email. “The notion that Mr Penn or anyone on his behalf alerted DOJ to the trip is a complete fabrication and baldfaced lie. It never happened, nor would there have been any reason for it to have happened.”

David Broome, who produced the series, said: “We never say in this documentary that Sean Penn is in cahoots with the DOJ.”

When Penn wrote about the meeting with Guzman for Rolling Stone, it prompted controversy and befuddlement over how an Academy Award-winning actor was able to find and sit down with a notorious drug dealer who had twice escaped prison.

To many in the United States, del Castillo was initially a confusing character in the story, but The Day I Met El Chapo examines her role in facilitating the meeting.

The documentary series began last year when del Castillo met with Broome, a reality show producer on shows like The Bigger Loser and Ultimate Beastmaster, and they decided to make something that focused on her side of the story.

“Her point of view had really never been told,” Broome said in an interview. (Del Castillo was the subject of a lengthy New Yorker article last year.)

In addition to del Castillo, her friends and family members are interviewed, along with journalists and law enforcement officials. Broome said that he and Netflix both tried to get Penn’s participation, but received no response.

Then, in late September, one of Penn’s lawyers, Mathew Rosengart, requested that Penn be able to see the movie, claiming that similar requests from the actor’s agent, Bryan Lourd, went ignored.

After Penn watched it, Broome said, he said that he wanted to be interviewed and demanded that changes be made.

“They tried to put on pressure and demand we change the documentary,” Broome said.

In a letter sent to the lawyer for Broome’s production company on October 14, Boutrous said del Castillo was providing a “reckless, misleading and self-serving” account.

“It is profoundly disappointing that Netflix and your clients have chosen to disregard the extreme danger they are knowingly creating,” he wrote.

In an earlier letter that Netflix’s general counsel, David Hyman, wrote to Rosengart, he said that “to the extent that Mr Penn may be in any physical danger, it is as result of his decision to meet with El Chapo in 2015”.

In a statement, Netflix said: “Penn was given the opportunity on multiple occasions to participate in The Day I Met El Chapo and did not do so. The events surrounding the now-infamous meeting have been well covered, including by Penn himself in Rolling Stone and his many public comments since. The only new ground we’re breaking with this series is to give Kate a chance to finally tell her side of this stranger-than-fiction story.”