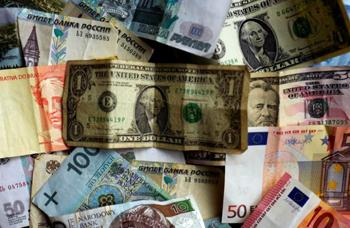 The era of petrodollar recycling is drawing to an end as shifts in technology and international politics render it redundant, meaning the US is entering volatile times.

Kristian Rouz — The rise of economic protectionism and nationalism in politics of the recent years, including the gradual implementation of US President Donald Trump’s agenda and Brexit reshaping the contours of European trade, are poised to bring an end to the petrodollar recycling. These developments signal the first overhaul of international economic relations since the Nixon administration in the early 1970s in the United States.

The petrodollar system entailed the end of the gold standard in the US, which had its national currency pegged to the value of gold at $35 per ounce in the aftermath of World War II. However, the severe challenges that global economy faced in the late 1960s pushed the administration of Richard Milhous Nixon to abandon the system.

“The essence of the deal was that the US would agree to military sales and defense of Saudi Arabia in return for all oil trade being denominated in US dollars,” The Huffington Post explains.

The shale revolution in oil production in the early 2010s rendered this system irrelevant in the US, as North America is becoming increasingly independent of crude oil imports and has, in fact, increased its own oil and petrochemical exports under President Trump.

However, President Trump’s push for greater protectionism faces obstacles, mainly in the form of a significant Saudi investment in US Treasury bonds accrued over the past 40 years. The petrodollar system has allowed Saudi Arabia to increase its foreign reserves, and many other prominent oil-producing nations have followed the same foreign investment pattern.

The US, on its part, was able to increase its money supply by printing dollars, which has produced major dollar devaluation, by over 30 percent since the early 1980s. Subsequently, other oil importers, in order to pay for energy, had to buy US dollars first.

According to Foreign Policy magazine, “It does matter slightly that the trade typically takes place in dollars. This means that those wishing to buy oil must acquire dollars to buy the oil, which increases the demand for dollars in world financial markets.”

This has guaranteed a sustainable demand for the dollar in overseas markets, supporting its FX rate: during the period of ultra-high inflation in the late 1970s, whilst domestic prices in the US were advancing at a 20 percent per annum pace, the dollar held its position firmly in the foreign markets.

The end of the petrodollar system would mean lower demand for the US dollar internationally, on the one hand, and would hinder the US Federal Reserve’s ability to print greenbacks and get away with it, on the other.

Many economies are trading oil in their respective currencies, including mainland China and Russia, and Russia and Venezuela, whilst Iran and several Middle-Eastern oil producers are exploring similar deals with the EU.

This means, in the medium term, the US dollar’s FX rate will decline against its major peers, allowing the Fed to normalize domestic monetary conditions and boosting US exports in manufactured goods. However, money printing is becoming a less viable option for the Fed, but the weakening dollar is poised to drive domestic US inflation at a pace rapid enough for the central bank to continue raising its interest rates.

Subsequently, the newly acquired US oil independence — bolstered by the prospect of a US-Canadian bilateral trade deal — will bring back the profitability of non-financial Main Street economic investments — due to base borrowing costs going up and commercial rates increasing as well.

The declining international demand for US Treasuries is expected to put upward pressure on Treasury yields, pushing natural interest rates up, and allowing the US to tackle its national debt problem.

On the flip side, however, the end of petrodollar recycling would mean a diminished US political influence in international affairs, which — apparently — corresponds to the Trump administration’s goals as well.