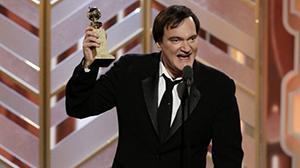 Quentin Tarantino, the Hollywood director most closely tied to Harvey Weinstein, has known for decades about the producer’s alleged misconduct towards women and now feels ashamed he did not take a stronger stand and stop working with him, he said in an interview with The New York Times.

“I knew enough to do more than I did,” he said, citing several episodes involving prominent actresses.

“There was more to it than just the normal rumours, the normal gossip. It wasn’t secondhand. I knew he did a couple of these things.

“I wish I had taken responsibility for what I heard,” he added.

“If I had done the work I should have done then, I would have had to not work with him.”

Allegations of sexual harassment and assault by Weinstein were disclosed this month in The New York Times and The New Yorker, which prompted other women to share their accounts of his alleged abuse, set off criminal investigations, riled the entertainment world and triggered a social media movement of women from other industries and backgrounds telling their stories.

But Tarantino said in the interview that he had heard about Weinstein’s behaviour long before those articles.

His own former girlfriend, Mira Sorvino, told him about unwelcome advances and unwanted touching by Weinstein. Another actress told him a similarly upsetting story years later. He also knew that actress Rose McGowan had reached a settlement with the producer.

But Tarantino said he had failed to consider whether the women he knew were part of a larger pattern of abuse. Though he continued to hear alarming stories over the years, he proceeded to make film after film with Weinstein, his greatest champion – a decision he now regrets.

“What I did was marginalise the incidents,” he recalled, saying he wrote them off as mild misbehaviour. “Anything I say now will sound like a crappy excuse.”

In the hour-long conversation, Tarantino, 54, apologised for not doing more while also explaining why; admitted his own culpability while also calling for sweeping change in Hollywood’s treatment of women; and condemned Weinstein, 65, while acknowledging their father-son closeness.

The producer and director have been symbiotic for decades: from 1992, when Weinstein distributed Reservoir Dogs, through Pulp Fiction, the Kill Bill films, Inglourious Basterds and The Hateful Eight, until a few weeks ago, when he threw Tarantino an engagement party.

When Tarantino read the articles about Weinstein, he was horrified by the scope and severity of the alleged abuse, especially the rape accusations, he said. But some of the accounts were deeply familiar to him.

“Everyone who was close to Harvey had heard of at least one of those incidents [chronicled in the first few articles],” he said. “It was impossible they didn’t.”

When he and Sorvino started dating in 1995, she told him that, not long before, Weinstein had massaged her without asking, chased her around a hotel room and even showed up at her apartment in the middle of the night, a story she recently shared with The New Yorker.

“I was shocked and appalled [back then],” Tarantino said. “I couldn’t believe he would do that so openly. I was like: ‘Really? Really?’ But the thing I thought then, at the time, was that he was particularly hung up on Mira.”

She had won accolades for her performance in Mighty Aphrodite, and “I thought Harvey was hung up on her in this Svengali kind of way,” Tarantino said. “Because he was infatuated with her, he horribly crossed the line.”

The problem was resolved, he said he felt at the time, because he and Sorvino were dating.

Over the years, he learnt of other accounts. Another actress friend told him a troubling story of unwanted advances by Weinstein in a hotel room. Tarantino confronted Weinstein, who offered the woman what the director described as a weak apology. (She confirmed the account to the Times but declined to be identified.)

Tarantino also knew that McGowan had reached a settlement with Weinstein after an episode in a hotel room during the Sundance Film Festival. Recently, she tweeted that Weinstein had raped her.

There were rumours too, shadowy accounts that Tarantino continued to hear second- or third-hand and did not pursue further. Now Tarantino said he regretted not taking the women’s stories seriously enough.

In the interview, Tarantino issued several calls to action. In its treatment of women, Hollywood has been “operating under an almost Jim Crow-like system that us males have almost tolerated”, he said. “We allowed it to exist because that’s the way it was.”

On the discussion of who knew what about Weinstein and when, he said: “I’m calling on the other guys who knew more to not be scared. Don’t just give out statements. Acknowledge that there was something rotten in Denmark. Vow to do better by our sisters.”

He added, “What was previously accepted is now untenable to anyone of a certain consciousness.”

His own relationship with Weinstein, who has been fired from his own company and ousted from the Academy of Motion Picture Arts and Sciences, spanned deals and shoots, publicity tours and film festivals. But when Tarantino tried to call Weinstein several times recently after the disclosures, he said, he got no reply. Weinstein needs to “face the music”, he said.

Despite their closeness, he said he could offer no insight into Weinstein’s alleged misdeeds. “I don’t have an answer for why he could do this and be stripped of his entire legacy,” he said.

Asked how the news about Weinstein would affect how the public views his own record and body of work, Tarantino paused. “I don’t know,” he said. “I hope it doesn’t.”

Following reports that police in London and New York had begun investigating criminal complaints against Weinstein, the Los Angeles Police Department confirmed on Thursday that it was also formally looking into rape allegations against the disgraced producer, the first in the city.

The alleged sexual assault, detailed by an “Italian model/actress”, occurred at the Beverly Hills Hotel in 2013 following a fashion and film event, a police source told Deadline.

Weinstein has denied all allegations of non-consensual sex, including those made by McGowan and others.