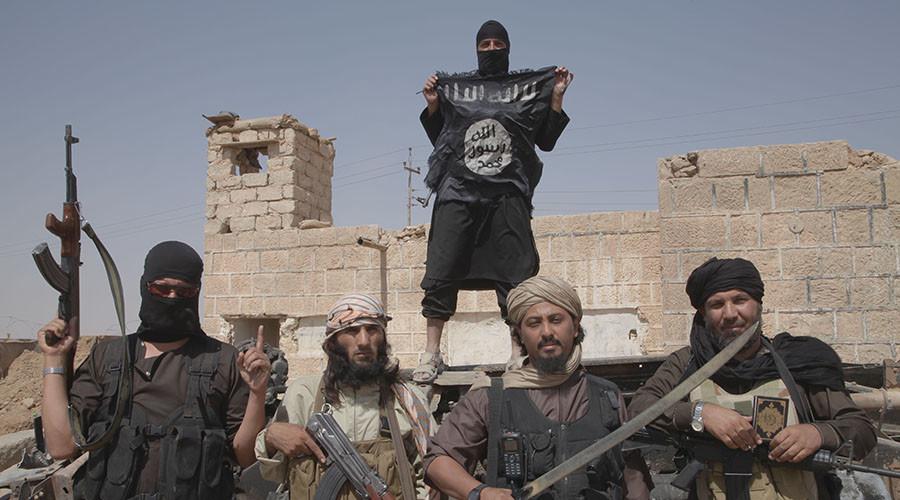 After Daesh’s departure, US-backed militants unfurl a poster of the ringleader of the Kurdistan Workers’ Party (PKK), a Turkey-based outlawed militant group, in the northern Syrian city of Raqqah.

Footage emerged on social media on Thursday, showing the Kurdish militants with the People’s Protection Units (YPG) putting up the poster of jailed Abdullah Ocalan in Raqqah’s central al-Naim Square during a victory parade.

In a statement afterwards, the YPJ command said the victory in Raqqah was a victory for both Ocalan and women.

The YPG operates in northern Syria under the banner of the so-called Syrian Democratic Forces (SDF), which is engaged in a purported fight against Daesh with the help of the US.

The SDF militants seized full control of Raqqah earlier this week following a months-long military offensive. The SDF, an anti-Damascus militant group, has used the fight against the Daesh terror group as a pretext to expand the territory under its control in Syria.

The newly-released footage has drawn angry reactions from Syrian activists, including those with the opposition, saying the emergence of signs of PKK presence in Raqqah means “one terrorist group has been replaced by another” after the fall of Daesh in the city.

The tribute paid to Ocalan will likely infurate Turkey, which views the YPG as an extension of the homegrown PKK militant group that has been fighting for autonomy since the 1980s.

The YPG considers Ocalan, the PKK’s co-founder, to be its ideological leader.

The PKK is officially branded a terrorist organization by the US and the EU besides Turkey, but Ankara has failed to persuade the Westerners into blacklisting the YPG likewise.

PKK commanders are also thought to be in control of key institutions in northern Syria, where the YPG is active, the Middle East Eye news portal reported.

Ties between Turkey and the US, two NATO allies, have significantly soured over Washington’s support for the Kurdish militants operating at the Turkish doorstep.

Turkey, itself, has deployed troops to the north of Syria to push back the Kurds, who have refused to return to their original positions after making advances against the Takfiri terrorists. From time to time, the Turkish military also shells Kurdish militant positions in Syria and northern Iraq.

All those military interventions in Syria come without the consent of the central Damascus government, which is involved in its own counterterrorism operations against Daesh and other militant groups across the country with the help of its allies.

Separately, Reuters reported that Saudi Arabia’s Persian Gulf Affairs Minister Thamer al-Sabhan had visited Raqqah, alongside Brett McGurk, the US special envoy to the Washington-led coalition, of which Riyadh is also a part, to discuss the city’s “reconstruction.”

The SDF and its allies have set up the Raqqah Civil Council to run the city after the fighting was over.

Amed Sido, a senior adviser to the SDF, said the Saudi official had met “a reconstruction committee” set up by the council. “We consider it a first visit, a first step, that could be the beginning of future relations,” Sido said.