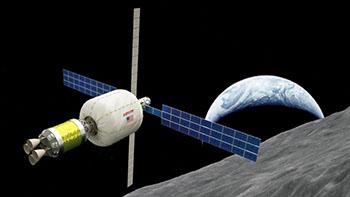 A Las Vegas-based space pod company Bigelow Aerospace plans to send an inflatable space hotel into lunar orbit within five years, according to United Launch Alliance, which is set to provide the project with a carrier rocket.

The partners are planning to launch the Bigelow B330 module using a next-generation ULA Vulcan 562 rocket and put it into orbit around the Moon. The “lunar depot” will be able to support both NASA and commercial users as early as 2022.

“This lunar depot could be deployed easily by 2022 to support the nation’s re-energized plans for returning to the Moon. This commercial lunar depot would provide anchorage for significant lunar business development in addition to offering NASA and other governments the Moon as a new exciting location to conduct long-term exploration and astronaut training,” said Robert Bigelow.

The companies are going to send the Vulcan with the B330 on board into lower Earth orbit. The module will be launched to lunar orbit after a year of tests. During the period Bigelow plans to deliver supplies to the station and rotate crew members every few months.

“We are so pleased to be able to continue our relationship with Bigelow Aerospace. The company is doing such tremendous work in the area of habitats for visiting, living and working off our planet and we are thrilled to be the ride that enables that reality,” said Tory Bruno, ULA’s president, and CEO.